Another 2,610 pilgrims returns home to Bangladesh 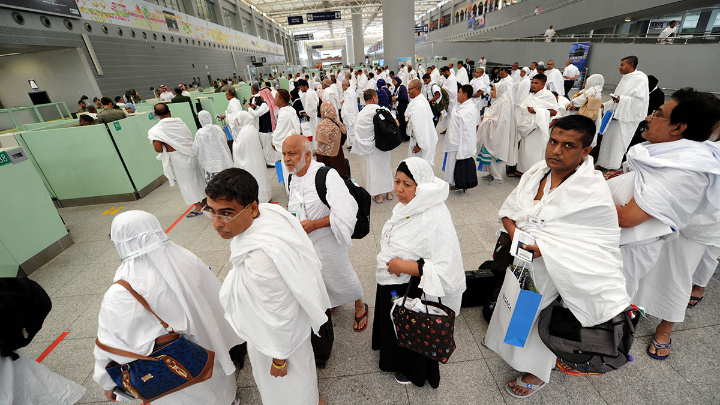 At the end of Hajj, another 2,610 pilgrims returned home to Bangladesh in one day.

With the latest development, a total of 41,680 pilgrims have returned home from Saudi Arabia till Sunday.

IT Helpdesk of the Ministry of Religious Affairs confirmed the information in the Hajj Bulletin on Monday.

As of last Saturday, 39,070 pilgrims had returned to the country

The return flights started after Hajj on July 14.

According to the IT helpdesk, a total of 25 Bangladeshi pilgrims have died in Saudi Arabia.

Hajj was held in Saudi Arabia on July 8.

60,146 Hajj pilgrims (including management members) went from Bangladesh to Saudi Arabia in 165 flights from June 5 to July 5.

It has been informed in the Hajj bulletin that pilgrims under government management will return on August 2 on the 10th flight. They are now staying in Madinah.

They have been visiting various historical places such as Masjid Quba, Masjid Al Qiblatayn, Uhud and the desert of Khandaq along with offering 40 waqt of prayer and offered ziarat of Rawza Mubarak of Prophet Hazrat Muhammad (PBUH) at Al-Masjid an-Nabawi.