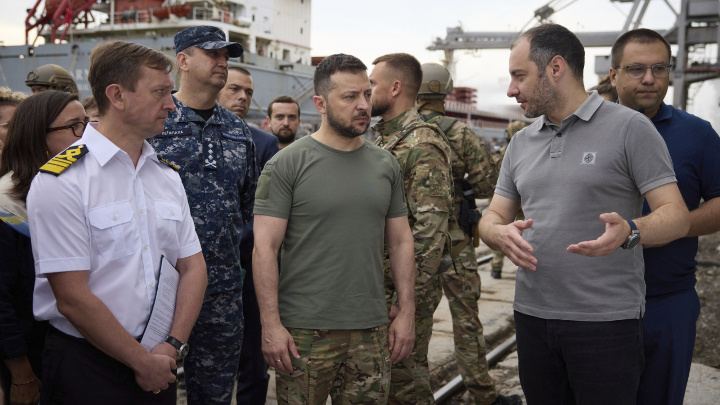 Ukraine's President Volodymyr Zelensky called on Saturday for the evacuation of the eastern Donetsk region which has seen fierce clashes between his country's forces and the Russian military.

The governor of the eastern Donetsk region, where Moscow is focusing the brunt of its offensive, said that six civilians were killed and 15 wounded by strikes on Friday.

"There's already a governmental decision about obligatory evacuation from Donetsk region," he said in his daily address. "Please, follow evacuation. At this phase of the war, terror is a main weapon of Russia."

Zelensky warned that thousands of people, including children, were still in the battleground areas of the Donetsk region.

"The decision to leave should be taken at some point. The more people who leave Donetsk region now, the fewer people the Russian army will kill," he said.

Logistics and support operations were being handled by the authorities "from A to Z", he added.

"We will help you. We are not Russia. We will do everything possible to save the maximum number of human lives and to maximally limit Russian terror."
Hindustan Times