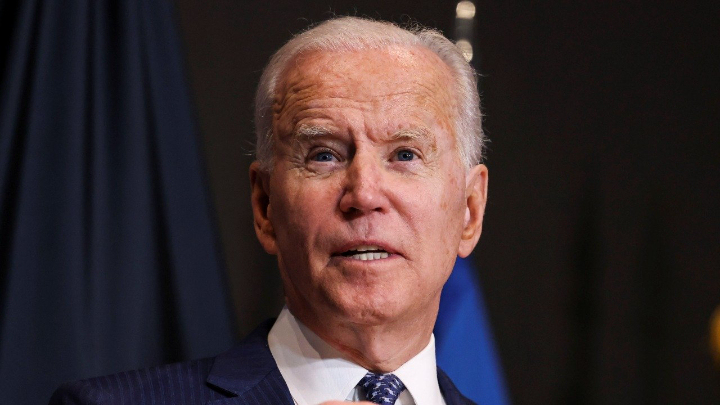 President Joe Biden hailed a breakthrough Wednesday in getting a major chunk of his seemingly doomed healthcare and climate crisis agenda through Congress after Senate Democrats overcame divisions.

"This is the action the American people have been waiting for. This addresses the problems of today -- high health care costs and overall inflation -- as well as investments in our energy security for the future," Biden said in a statement.

The bill still has some way to go before becoming law but the multi-billion dollar package finally won crucial support from conservative Democratic Senator Joe Manchin. His previous opposition had essentially killed Biden's ambitious plans, because in the 50-50 Senate, where Republicans rarely back Biden on anything, Democrats can't afford to lose a single vote.

For Biden, whose approval ratings hover below 40 percent, the truce with Manchin comes as a big political boost ahead of November midterms when his Democratic Party is forecast to lose control of Congress to the Republicans.

If passed, the bill will pour some $369 billion into clean energy and climate initiatives and $64 billion into state-funded healthcare, including a popular measure meant to lower ruinously high prescription medicine prices.

It would be paid for by raising $739 billion, with a major chunk coming from a 15 percent corporate tax rate. An extra $300 billion raised under the plan would go to paying off the federal deficit.

Biden, who has had to abandon even broader scale social and environmental spending ideas, got the good news of a reprieve for this bill on the same day he finished his five days isolating after a Covid-19 infection.

It also comes as Congress moves closer to passing another of his priorities -- a $52 billion fund to encourage domestic production of semiconductors, the electronic brains in modern equipment ranging from washing machines to military weapons.

Funding for clean energy will "create thousands of new jobs and help lower energy costs in the future," he said.

"We will pay for all of this by requiring big corporations to pay their fair share of taxes, with no tax increases at all for families making under $400,000 a year."

Biden thanked Manchin, an often unpredictable partner in the Senate, for his "extraordinary effort."

"If enacted, this legislation will be historic, and I urge the Senate to move on this bill as soon as possible, and for the House to follow as well."