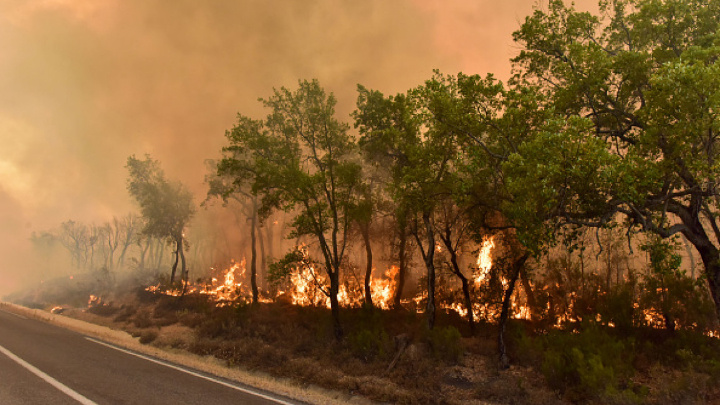 Two women died in forest fires in a region of northern Morocco that had already been ravaged by wildfires this month, authorities said on Tuesday.

The latest deaths, from smoke inhalation, took to four the number of people killed in wildfires that have hit Larache province since mid-July.

The two women "did not respond to calls from local authorities to evacuate homes threatened by the fires", the authorities told AFP.

On Monday, a volunteer firefighter died and another was injured in a forest blaze in the northern province of Tanouate, near Fez and Meknes.

Another fatality caused by fire occurred in Larache province in mid-July.

Forest fires have devastated thousands of hectares (acres) of land this month, and forced the evacuation of more than 700 families from about a dozen villages since Monday.

According to agriculture minister Mohamed Sadiki, the total area affected by forest fires recently in several northern regions of the country is 10,300 hectares (25,451 acres).

Morocco, which is experiencing severe drought, has been hit by heatwaves over the past month.