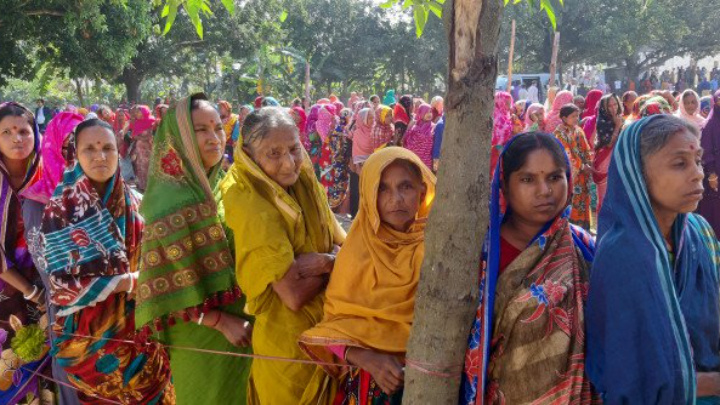 Voting to four Union Parishads under Tangail Sadar Upazila has begun. Voting started at 8am and will end at 4pm.

Voters under Kakua, Kakuli, Mahmudnagar and Chilimpur unions were seen lining up at the centres since early morning on Wednesday.

District election officer AHM Kamrul Hassan says that voting began peacefully and no untoward incident has been reported so far.

As many as 76,445 people in the four unions will cast their votes through Electronic Voting Machines (EVMs) to elect their local government bodies.

Previously on Wednesday, additional forces along with two platoons of BGB was deployed in the voting areas as 29 out of the 39 centres were considered risky.