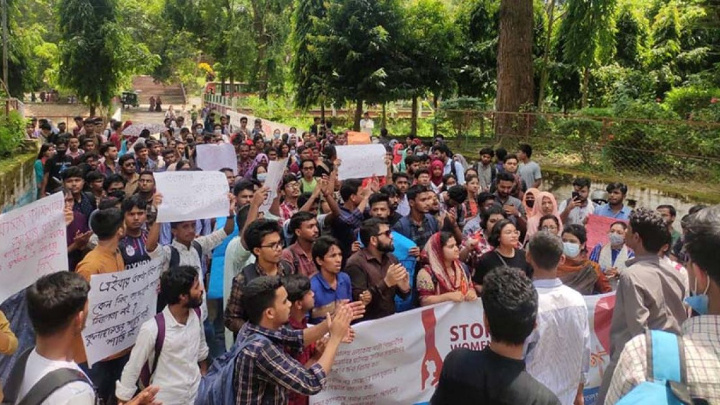 Ataur Rahman said Shaon and Mannan have been temporarily suspended. A show cause notice was issued against the accused as to why their studentship should not be permanently cancelled by the university.

The students have been asked to explain themselves in 10 days, he added.

On July 17, a female student was physically assaulted by five youths while she was going to the Botanical Garden from Pritilata Hall of the campus with her friend around 10pm.

So far, five people have been arrested, and a seven day remand have been sought by police to interrogate them.
Dhaka Tribune