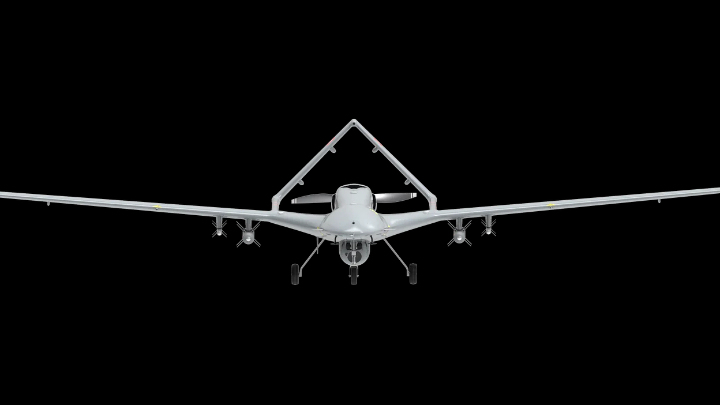 Bangladesh is set to purchase a Turkish combat drone -- Bayraktar TB2 – that Ukraine has been using to combat Russian forces in the ongoing war.

The government has signed an agreement with Turkey to purchase the medium-altitude long-endurance unmanned aerial vehicle.

Turkish ambassador to Bangladesh Mustafa Osman Turan confirmed this to Prothom Alo, saying that the deal was signed recently between the Bangladesh Armed Forces and the drone manufacturing company Bayker Technology.

He said, "I would like to inform you recently we have a company called Bayker which produces drones. Bangladesh Armed Forces has signed a contract with them for the procurement of Bayraktar TB2 UAV. I'm not in a position to give details but I can confirm that there is cooperation between Bangladesh and Turkey regarding drones."

Earlier in an interview with Turkish news agency Anadolu, the Bangladesh ambassador to Turkey, Mosud Mannan, said, “The drones made by Turkey are of international standard. So we can consider purchasing modern equipment in future keeping in mind the needs of our armed forces.”

However, the Bangladesh ambassador refused to make any comment while asked about the latest development of the purchase process during a telephone conversation with him on Saturday night.

The transcontinental nation, last year, signed an agreement to sell automatic guided artillery shells to Bangladesh. Besides, the country has expressed its interest to sell military helicopters and tanks.

Turkish foreign minister Mevlüt Çavuşoğlu, during his Bangladesh visit in December 2020, brought his country’s interest in arms selling to the fore for the first time.

Success in Russia-Ukraine war
Bayraktar TB2 drone previously hit the headlines due to its successful use in Libya, Syria and Azerbaijan-Armenia wars. Recently, its role in the Russia-Ukraine war drew the attention of military analysts.

According to an analysis by Middle East Eye, a website that monitors the situation in the Middle Eastern countries, the unmanned combat drone has been proven effective in fighting Russian forces inside mainland Ukraine.

It even managed to enter Russian territory and attack two oil depots there in April, calling the Russian air defense system into question.

The Ukraine government had initiated the process of buying the Turkish drone long before the war with Russia. It had purchased at least 36 Bayraktar TB2 drones in 2019, according to news carried by different international media outlets.

The Ukrainian defence minister Oleksii Reznikov claimed that his country collected at least 50 units of the drone from Turkiye, after commencement of the war with Russia on 24 February. The Bayker Technology was supposed to launch drone production jointly with Ukraine had the Russian invasion not been in place.

According to a June report by US-based news portal Al Monitor, the Bayker Technology usually sells each unit of the drone for $10 million (Tk 95 crore), but Ukraine purchased it at $7 million.

Customers rising
The Bayker Technology was  launched in 1986 to supply machinery to car manufacturing companies. However, after passing through various stages, the company started manufacturing drones and supplying Bayraktar TB2 drones commercially in 2014. It has so far supplied more than 500 drones to different nations.

Selçuk, during a recent interview with news agency Reuters, the Bayraktar TB2 is capable of moving around in the air as an armored vehicle, in addition to its anti-aircraft mechanisms and ability to fire advanced technology shells. The company has an annual production capacity of 200 drones.

Some 14 countries have so far purchased the drone from Turkey while another 16 countries are in the process of buying it, according to the company website.

Maj Gen (retd) ANM Muniruzzaman, president of Bangladesh Institute of Peace and Security Studies (BIPSS), told Prothom Alo that it has been witnessed in the Nagorno-Karabakh war between Azerbaijan and Armenia how drones play a crucial role in traditional warfare.

Once again, the role of Turkish drones has strongly been proven in the Russia-Ukraine war. Due to its role in changing the course of war, there is a growing interest among the armies across the world, he said.

About the government decision to procure the Turkish drone, the security researcher said there is a need for drones in line with the modernisation plan of the armed forces as well as increasing the military power. Turkey can be a good source for Bangladesh in this case.
Prothom Alo