Europe on tenterhooks over return of Russian gas to Germany 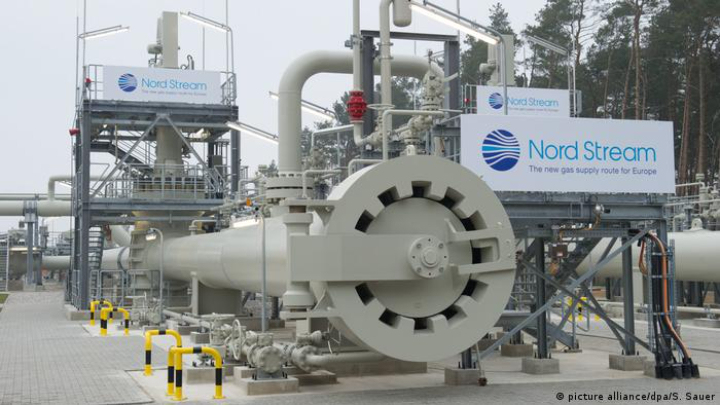 Europe anxiously awaits the return of Russian gas supplies on Thursday at the end of scheduled work on a crucial pipeline, as heavily dependent Germany accuses the Kremlin of using energy as a "weapon".

The Nord Stream 1 pipeline is due to reopen at 0400 GMT after 10 days of annual repairs, but Germany fears Russia will seize the opportunity to simply keep the taps entirely or nearly shut, plunging the continent into an energy crisis.

The showdown comes amid the worst tensions between Russia and the West in several years over the invasion of Ukraine.

"Moscow is not shying away from using grain and energy deliveries as a weapon," German Chancellor Olaf Scholz told reporters this week, referring to allegations Moscow was also deliberately blocking food exports from Ukraine.

"We have to be resolute in protecting ourselves."

However, enduring German reliance on Russian gas coupled with distinctly negative signals from Moscow looked set to ratchet up the pressure on Europe's top economy.

The IMF warned on Wednesday that a halt in supplies could slash 2022 GDP by 1.5 percent.

Russia's state-owned energy giant Gazprom cut flows to Germany via the Nord Stream 1 pipeline under the Baltic Sea to some 40 percent of capacity in recent weeks, blaming the absence of a Siemens gas turbine that was undergoing repairs in Canada.

The repaired turbine is reportedly en route to Russia and expected to arrive on Sunday at the earliest.

Russian President Vladimir Putin insisted this week that Gazprom would meet all its delivery obligations.

"Gazprom has fulfilled, is fulfilling and will fulfil its obligations in full," Putin told reporters in Tehran after holding talks with the leaders of Iran and Turkey.

However, he warned that as another gas turbine was due to be sent for maintenance at the end of this month, energy flows could fall to 20 percent of capacity from next week.

Since Putin sent troops to Ukraine on February 24 and the West responded with sanctions against Moscow, Russia has begun reducing its gas deliveries to prevent EU countries from replenishing reserves.

Force majeure is a legal measure allowing companies to free themselves from contractual obligations in light of circumstances beyond their control.

The German government has rejected Gazprom's turbine explanation as an "excuse". However, Berlin acknowledges it would be largely powerless to dispute the force majeure claim and expect to be awarded damages from Russia.

As of Wednesday, German gas reserves were about 65 percent according to official estimates. Experts say that would leave Germany critically exposed if supplies via Nord Stream 1 didn't resume before cold weather returns.

The European Commission on Wednesday urged EU countries to reduce their demand for natural gas by 15 percent over the coming winter months, and to give it special powers to force through needed demand cuts if Russia severs the gas lifeline.

"Russia is using energy as a weapon and therefore, in any event, whether it's a partial major cut off of Russian gas or total cut off... Europe needs to be ready."

German Economy Minister Robert Habeck, who has said he's started taking shorter showers to save energy, stressed that industry - but also consumers -- would have to do their part to reduce Russia's power in the current standoff.

"A decisive bit of leverage is reducing gas use," he said in a statement. "We have to do everything in our power to work on that."
BSS