Prince Harry shares the moment he realised Meghan was 'soulmate' 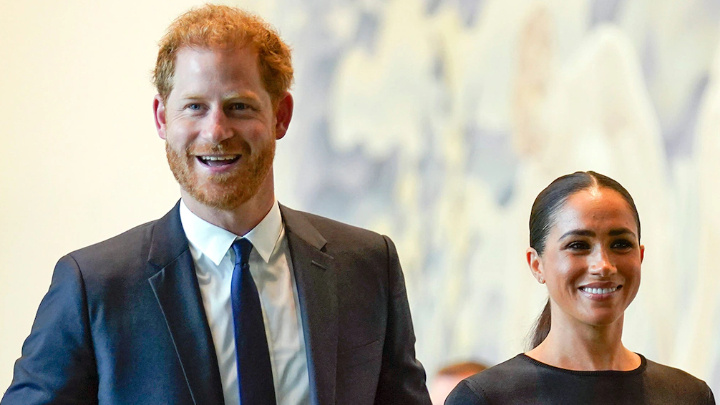 Britain's Prince Harry on Monday revealed the moment he realised Meghan Markle was his “soulmate”. Delivering a keynote speech at the United Nations headquarters on the occasion of Nelson Mandela International Day, Harry spoke about seeking insight from Mandela in the times of global uncertainty involving climate change and the threats from Russia's invasion of Ukraine.

He also spoke about a 1997 photo taken in Capetown of Mandela and his late mother Diana, Princess of Wales, which he said hangs on his wall.

"When I first looked at the photo, straight away, what jumped out was the joy on my mother's face. The playfulness, cheekiness even, pure delight to be in communion with another soul, so committed to serving humanity," he said.

The Duke of Sussex said that he realised Meghan Markle was his "soulmate" during one of their trips to Africa.

According to Page Six, Prince Harry said, "Since I first visited Africa as a 13-year-old boy, I've always found hope on the continent," he shared, describing it as his "lifeline" where he's "found peace and healing time and time again."

He added, "It's where I felt closest to my mother and sought solace after she died," he went on, "and where I knew I'd found a soulmate in my wife."

The couple visited Africa twice during their courtship – to Botswana shortly after they began dating in July 2016 and returned the following August to celebrate Meghan's 36th birthday – and once after they were married.

Harry and Meghan got married in May 2018 at London's St. George's Chapel at Windsor Castle in a lavish ceremony.

In April 2019, the Duke and Duchess of Sussex shared a rare photo from their Botswana trip in which they were seen putting a satellite collar on a bull elephant to help conservationists track the animal's critical migratory patterns and protect it from poachers.
Hindustan Times