Election Commission is in a fix with the elections: CEC 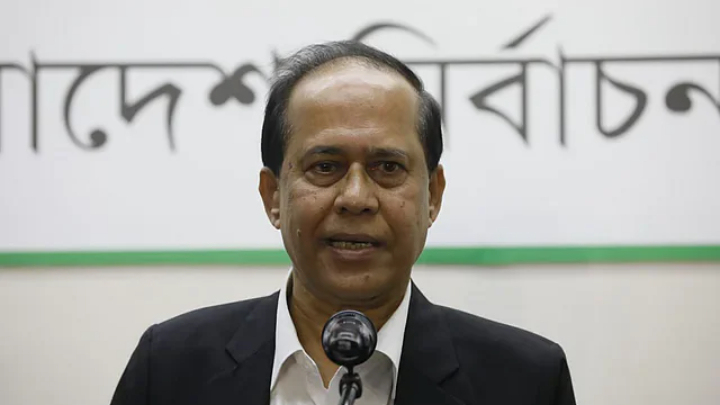 The CEC was speaking today, Monday, during dialogue with Bangladesh Islami Front at the Nirbachan Bhaban.

The CEC said, there must be a people's representative government. There is no alternative to elections for that. He said whether the two parties' statements about the election are warranted or not, conflict has arisen in the political arena.

The CEC said that no matter how, they would endeavour to hold a credible election. He said they want a good parliament and government to be formed. He said that BNP must establish its demands by means of discussions and struggle because the constitution is involved in this.

He said it would be difficult to implement the proposal to bring the various ministries under the EC during the election. This involved certain complex constitutional issues. The political parties could discuss the issue among themselves. Saying that the EC held ample authority, he said, "In the past, perhaps for some reason, it failed to exert that authority. But if needed, we shall try to exert this authority."

In his opening statement in the morning, the CEC said, "BNP and a few other parties have expressed their no-confidence in advance. We have no comment about this. I do not understand what special favours we have taken to be biased. We will have no objection if BNP comes to an understanding with Awami League or comes to the election under any other new arrangement."
Prothom alo