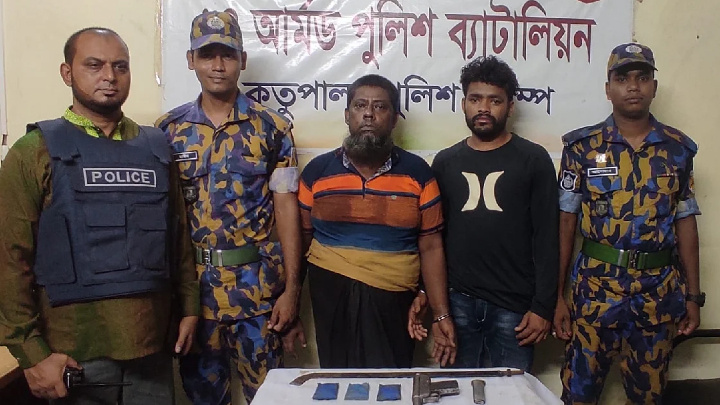 He was arrested around 8pm from the road in front of east block B-76 of the Rohingya camp, the official said.

One locally made firearm and 15,400 yaba pills were recovered from during the drive, he said.

The official added that Abu Bakkar was handed over to Ukhia Police Station.

Officer-in-charge of Ukhia Police Station Sheikh Mohammad Ali said a case has been registered against arrestee and he would be sent to court today (July 17, 2022).

According to police, Abu Bakkar was involved in the murder of six people happened on October 21, 2021, at a madrasa in Balukhali camp and also the murder of Rohingya head majhi Azimullah at Balukhali 18 camp on June 9, 2021.