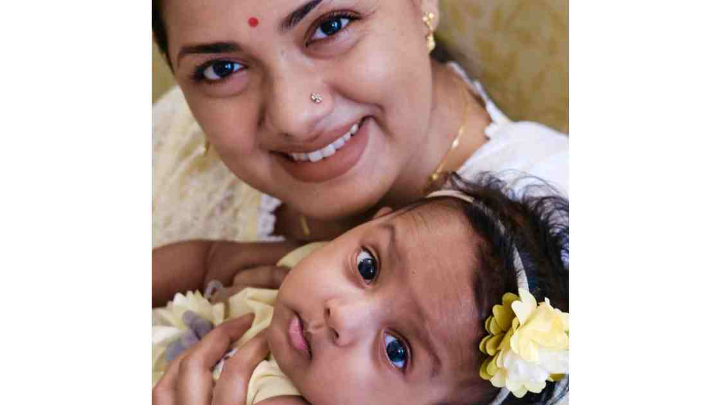 Celebrity couple Nusrat Imrose Tisha and Mostofa Sarwar Farooki are celebrating their 12th marriage anniversary today. On this occasion, the National Film Award winning actress posted pictures of the couple along with their daughter, Ilham Nusrat Farooki, on her verified Facebook page.

The post read, "I didn't realise how fast time flies by. We have now spent 12 years together. Our daughter Ilham is the best gift we have received from our married life. Praise be to Allah, and please pray for us." This is the first time the couple have revealed their daughter's picture on social media.

Internationally acclaimed filmmaker Mostofa Sarwar Farooki tied the knot with Nusrat Imrose Tisha in July 16, 2010. They had welcomed their first child on January 5 of this year.

Tisha is currently awaiting the release of the much-anticipated film "Mujib: The Making of a Nation". Earlier in May, the actress returned to work after giving birth to Ilham. Both Tisha and Farooki went to the 75th International Cannes Film Festival for the release of the film's trailer, accompanied by their daughter.