Bangladesh & US have fantastic relationship, the ties will be strengthened in future: Shahriar Alam 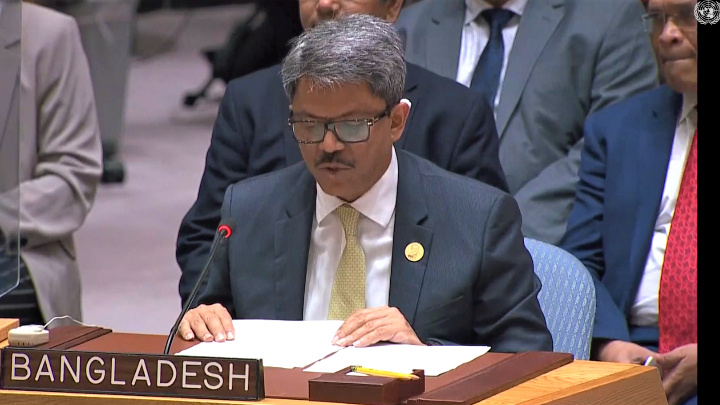 State Minister for Foreign Affairs Md Shahriar Alam has said Bangladesh and the US have a fantastic relationship and hopes that the ties will be strengthened in the days to come.

He said the post-Liberation War support that Bangladesh received from the US is highly commendable.

The state minister greeted all on the occasion of Eid-ul-Adha.

A reception was hosted at "Bangladesh House" in Maryland on Friday on the occasion of the holy Eid-ul-Adha, one of the major religious festivals of the Muslims.

Shahriar Alam was the guest of honour at the reception hosted by Bangladesh Ambassador to the United States M Shahidul Islam.

Ambassador Marcia S Bernicat, director general of the Foreign Service and Director of Global Talent of the United States, was present as the special guest at the function.

Diplomats from different countries, senior officials of the US Government and a large number of guests from the Bangladeshi diaspora attended the event.

Marcia Bernicat, a former US envoy in Dhaka, reminisced her wonderful time in Bangladesh, and said she cherishes the friendship and relationship between the two countries.

Ambassador Shahidul Islam extended heartfelt thanks to the guests for joining the reception and highlighted the significance of Eid-ul-Adha.