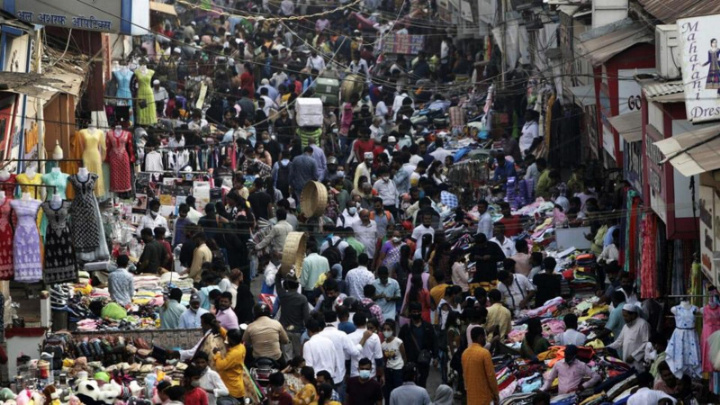 A leading researcher on Chinese demographer on Monday said India has already surpassed China and is home to the most number of people in the world, responding to a UN population report that said the South Asian country is likely to surpass China to become the world’s most-populous nation in 2023.In a series of posts on Twitter, Yi Fuxian, researcher and author at the University of Wisconsin, claimed India’s population surpassed China’s population in 2014. Two other Chinese demographers who did not wish to be named said Yi’s argument is likely true.

“It is officially announced that 12.02 million were born in 2020. I think this is an inflated figure. The real number of births in 2020 should be only 8-10 million. The population of China began to decrease in 2018, and the population of China is already lower than that of India,” Yi said.

In 2017, China’s real population may have been about 1.29 billion in 2016, 90 million fewer people than the official figure released by the National Bureau of Statistics, Yi had said at a symposium in Beijing’s Peking University that year.

In 2023, India will surpass China to become the most populous country in the world, the report said. By 2050, India’s population will grow to 1.668 billion, while the number of Chinese will fall to 1.317 billion.

According to Yi, that switch has already happened.

“China is no longer the most populous country in the world, and India’s population has surpassed that of China. The world geopolitical and geo economic pattern is undergoing historic changes. However, due to economic inertia, it will take decades (>30 years) for India’s economy to surpass China and the United States,” he said.

Yi is the author of the 2007 book Big Country with an Empty Nest”, a critical look at China’s family planning policy. It was published in 2007 and banned on the mainland.

China’s National Bureau of Statistics said last year that the country’s population reached 1.4126 billion last year, after a 0.034% increase from 2020.

Officially, the country’s total fertility rate (TFR) -- the number of children every woman can have after reaching child-bearing age -- was 1.3.

Population experts have said that countries require a TFR of 2.1 to maintain a stable population.

“India’s population is likely more than China’s because Chinese census statistics are not 100% accurate,” a Chinese demographer at a reputed university said on condition of anonymity.

Another demographer said Yi’s argument is “likely” true but indicated that more research needed to be done.

The first demographer quoted said one reason to believe Yi’s argument is that India’s fertility rate is higher than China’s. That’ one lesson Yi hopes India learns from China.

“I hope India learns the lessons of China and doesn’t fall into the low fertility trap,” he said.