Quader: Metro rail likely to be inaugurated in December 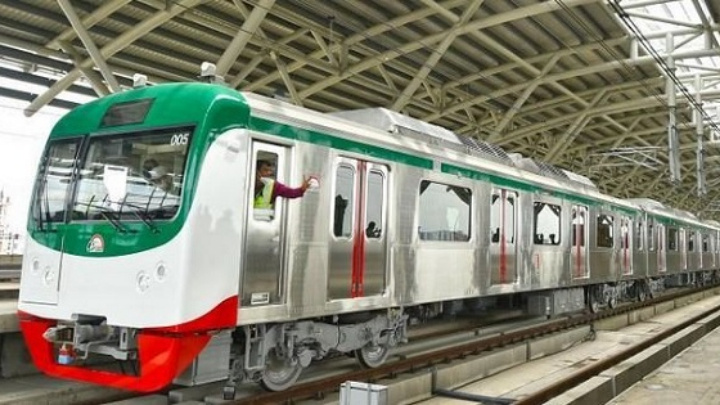 Dhaka metro rail is likely to be launched by end of December this year, Road Transport and Bridges Minister Obaidul Quader has said.

He made the statements at the Secretariat as offices reopened on Tuesday after four days of Eid vacation.

“It is possible to inaugurate metro rail in December this year and Dhaka Elevated Express by the end of 2023,” he said.

Work on the expressway had been slow before, but now it is moving at a faster pace. Finances for this project have been arranged by the government, he added.

About the frequent road crashes reported from various parts of Bangladesh, the minister noted that motorcycles continued to run on highways defying government orders.

“Motorcycles are more likely to cause accidents. Meanwhile, small vehicles (three-wheelers) pose several problems on the roads, when they are not being properly controlled,” he added.

Integrated test operation of the metro rail will begin on October 1 with a view to launching the Mass Rapid Transit Line-6 or MRT-6 between Uttara and Agargaon in December this year. The prevailing power outages and the government’s plan to cut down power consumption by implementing different measures would not hamper the works, said officials, since it is categorized as an emergency service.

The 20.15km MRT-6 is the country’s first metro rail project, which is being built from the capital’s Uttara third phase to Motijheel at a cost of Tk22,000 crore. The project has been extended to Kamalapur.

Once completed, the metro rail will be able to carry 60,000 people per hour, reducing travel time from Uttara to Motijheel to less than an hour despite having to go through 16 stations. It now takes about two hours to travel the distance on a regular day.