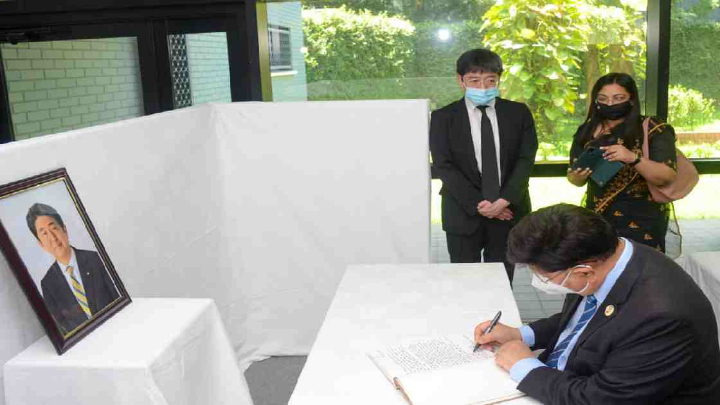 "We have developed a very warm relationship which helped Japan to come forward in implementing mega projects in Bangladesh," Momen said recalling Prime Minister Sheikh Hasina's visit to Japan and a return visit by Abe in Dhaka.

The foreign minister made the remarks after signing the condolence book at the Japanese Embassy in Dhaka.

People of Japan sincerely appreciate the deepest condolence expressed by the government and people of Bangladesh, said the Japanese Embassy in Dhaka.
Dhaka Tribune