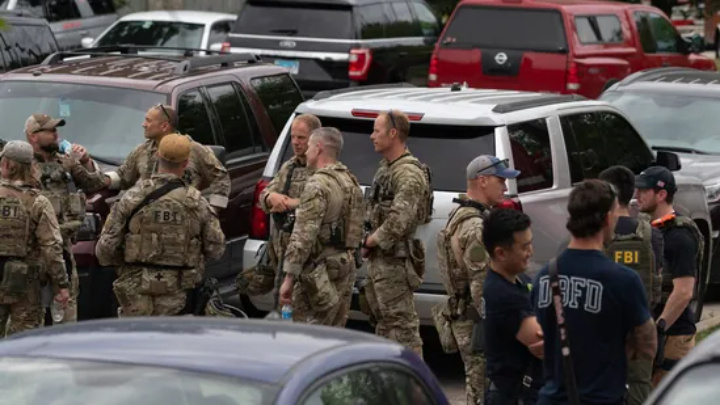 Another shooting incident in the United States - on the day the country was celebrating its independence - has been etched in the public memory in reminder of the gun violence menace the country faces every now and then.

It was a morning of celebration for a Chicago suburb when suddenly dozens of bullets were fired, followed by a pandemonium and chaos in the streets amid screams. Shocking visuals and videos have emerged on social media.

One of the clips, which is particularly disturbing, captures the moment when the attacker opened fire from a rooftop. People ran in all directions, seeking a shelter, and teens - on bicycles - could not understand what was happening.

Another video caught the confusion among onlookers. There were scores of people out on the streets to mark the July 4 holiday. One man is accompanied by a toddler.

Six people were killed and more than 30 suffered injuries in the Highland Park shooting and the motive of the attacker is yet to be unfolded.

After hours long manhunt, a ‘person of interest’ - Robert E Crimo III - was held by cops. He was reportedly spotted by a North Chicago officer, trying to initiate a traffic stop.
Hindustan Times