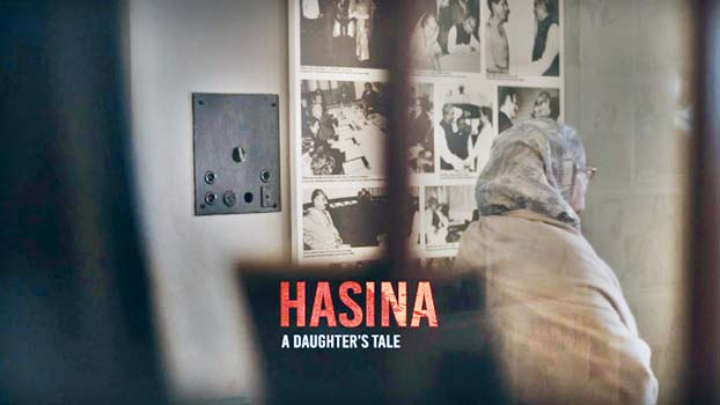 Bangladesh Embassy in Athens, in cooperation with the first multilingual library in Greece, has hosted a screening of the documentary film "Hasina: A Daughter's Tale".

Held at the "We Need Books" library premises on Sunday, the screening was attended by a good number of Bangladeshis, students, embassy officials, members of the diplomatic corps, and the local civil society.

The maiden screening of the docudrama in a country like Greece, the cradle of ancient and western civilisation, created a lot of enthusiasm and curiosity among the audience about Prime Minister Sheikh Hasina, her family members and their role in the making of a modern, democratic, secular, and developing nation, said a media statement.

They were particularly amazed to see how Sheikh Hasina, daughter of Father of the Nation Bangabandhu Sheikh Mujibur Rahman, had tried to cope with her most struggling time along with her only other surviving sister Sheikh Rehana following the brutal assassination of their father and all other members of their family.

The screening of the film was preceded by a short welcoming speech by the founder of the multilingual library Ioanna Nissiriou.

Bangladesh Ambassador to Greece Ashud Ahmed thanked the viewers for joining the screening of the documentary film organised as part of the embassy's ongoing celebrations of the golden jubilee of the independence of Bangladesh.

He mentioned his embassy's plan to organise more such screenings in different corners of Greece in the coming days.