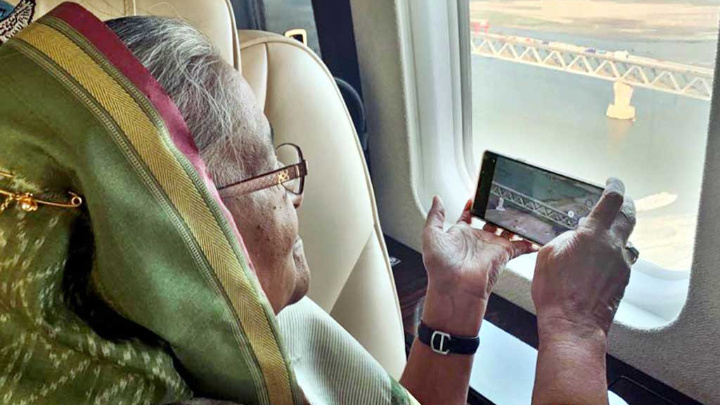 Prime Minister Sheikh Hasina on Monday morning headed towards her hometown Tungipara in Gopalganj, with her children by the Padma Bridge.

The prime minister left Ganabhaban at 8am and reached the Padma Bridge at 8:48am. Sheikh Hasina spent some time on bridge with her children. At about 9:15am she went to the Zajira end to enjoy the view.

She later took rest at the Service Area-2 at Zajira point.

This is the first personal visit of the prime minister to Tungipara by the Padma Bridge after its inauguration on June 25.
Dhaka Tribune