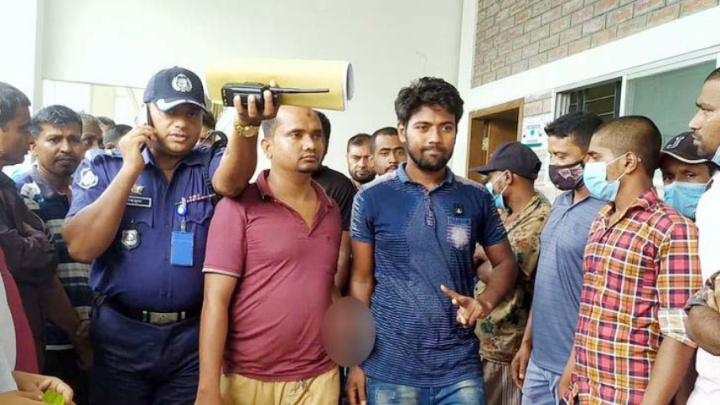 A Narail court on Sunday placed four accused in a case filed over the humiliation of a college teacher in the district on a three-day remand.

Narail Judicial Magistrate Court-2 Judge Amatul Morsheda passed the order after the investigating officer of the case sought a five-day remand to interrogate them.

There was day-long unrest in the college over the post and rumours that acting principal Swapan Kumar Biswas had sided with the student, following which police escorted him out of the campus.

At one stage, a group of people forced him to wear a garland of shoes.

A video of the incident also went viral on social media that sparked huge criticism.

Later, the accused, who made the Facebook post, was arrested and a case was filed against him under the Digital Security Act.

On June 27, three more were arrested in another case filed at the Sadar police station for setting teachers’ vehicles on fire and obstructing police duty.