India's players pose with the trophy after winning the third and final ODI between India and New Zealand at the Holkar Cricket Stadium in Indore on 24 January, 2023. AFP

In reply, Devon Conway’s 138 was in vain as India bowled out New Zealand for 295 in 41.2 overs for their second successive 3-0 whitewash and go top of the ODI rankings.

Rohit, who recorded his first ODI century since January 2020, and Gill stood out in the highest opening partnership by any team against the Kiwis in the 50-over format, surpassing the 201-run stand of Virender Sehwag and Gautam Gambhir in 2009.

New Zealand’s bowlers hit back after the pair’s departure as India slipped to 293-5 before Hardik Pandya took charge, boosting the total with a 38-ball 54.

But it all started with Gill smashing Lockie Ferguson for four fours and a six in a 22-run eighth over and Rohit joined the party with a few big hits over the fence. 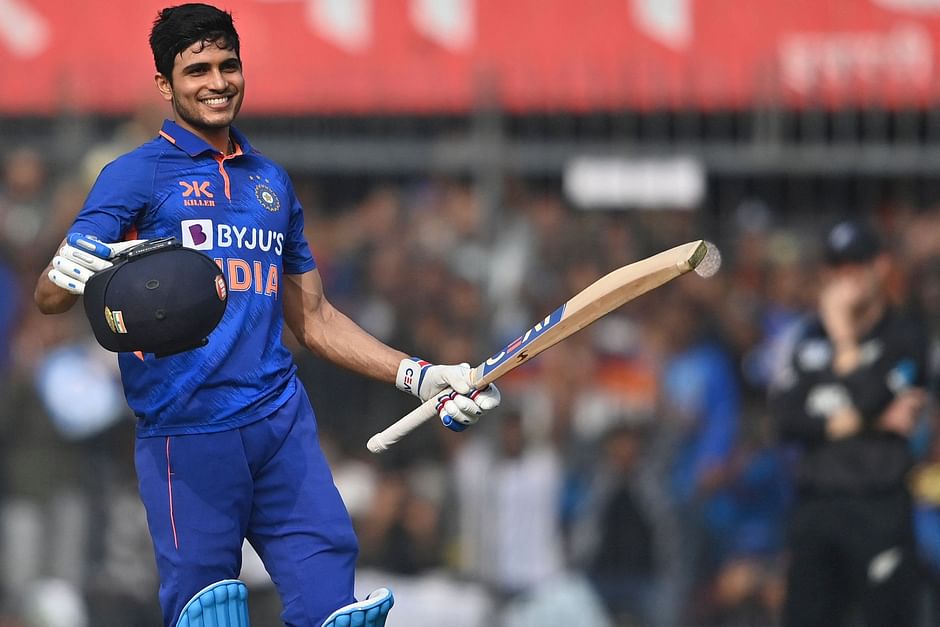 Gill recorded his third 100-plus score in his last four ODI innings, taking off his helmet and basking in applause from the stands when he reached the milestone.

Michael Bracewell bowled Rohit and Blair Tickner sent back Gill in the next over and India soon lost regular wickets, despite a brisk 36 from Virat Kohli.

The left-handed Ishan Kishan was run out after a mix-up with Kohli, who soon fell to Jacob Duffy.

Pandya put on 54 for the seventh wicket with Shardul Thakur, who hit 25.

In reply, New Zealand lost Finn Allen on the second delivery of their chase after Pandya bowled the opener for nought.

Conway stood firm to add 106 for the second wicket with Henry Nicholls, who hit 42, and 78 for the third with Daryl Mitchell (24).

The left-handed Conway fought hard as wickets fell at the other end as he raised his third ODI hundred with a six off leg-spinner Yuzvendra Chahal. 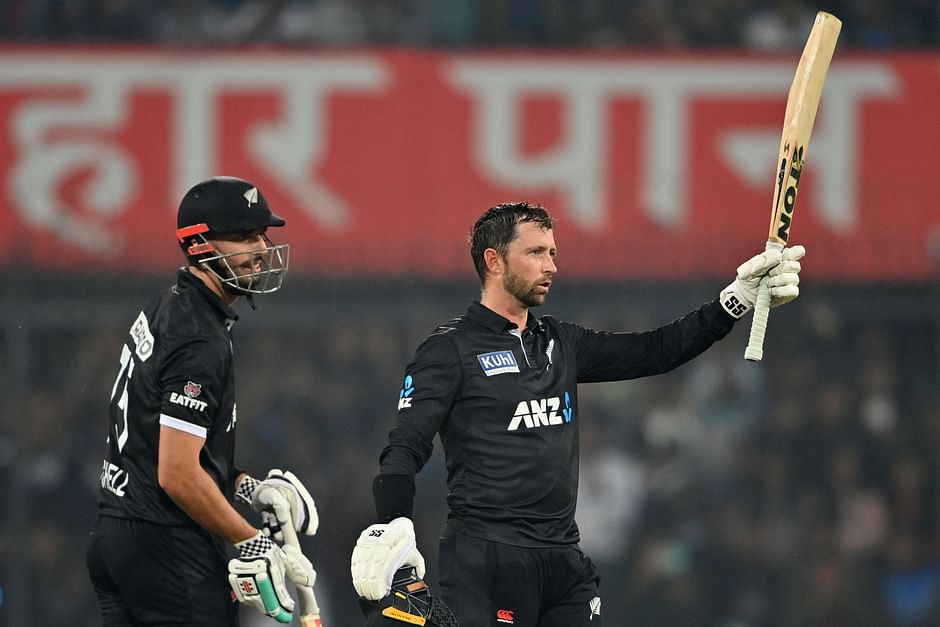 Thakur dented New Zealand’s chase when he struck twice with successive deliveries, Mitchell caught behind and then skipper Tom Latham caught at mid-off.

Conway, who smashed 12 fours and eight sixes in his 100-ball blitz, looked unstoppable until tearaway quick Umran Malik got the batsman caught at mid-wicket.

Bracewell, who hit 26, and Mitchell Santner, who made 34, attempted to keep up the fight but Bracewell’s wicket off Kuldeep Yadav, who picked three wickets, spelt the end for the Black Caps.