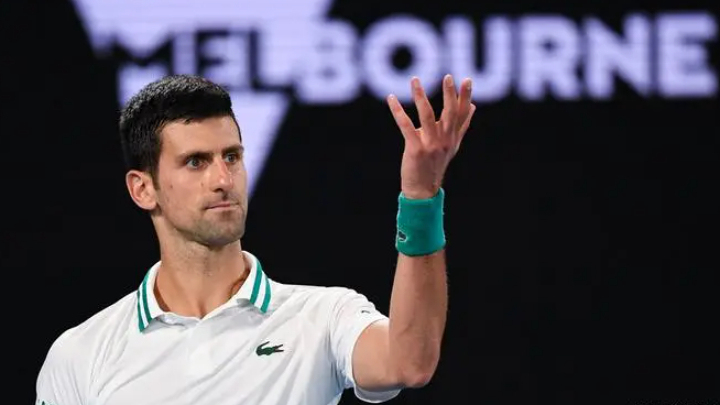 Defending champion Novak Djokovic reached the Wimbledon third round for the 16th time Wednesday as career-long rival Andy Murray suffered his earliest-ever exit from the All England Club.

"I'm very happy with my performance. I started very well, solid from the back of the court," said Djokovic, who is looking to join Pete Sampras as a seven-time Wimbledon champion.

"I made him work for every point and worked him around the court," added the 20-time major winner.

Kokkinakis had likened Djokovic to a "brick wall" before the match.

"It was one-way traffic. I got chopped today," said the 26-year old Australian after his Center Court torment.

Murray, now 52 in the rankings, failed to break serve once against 2018 semi-finalist Isner, who unleashed 36 aces and 82 winners in total.

"He didn't give me lots of chances," said Murray, whose previous earliest exits came in the third round in 2005 and 2021.

"My game was in a good place. I felt good on the court, just couldn't get the win."

Isner, 37, was gracious in the aftermath of his first win in nine meetings against the Briton.

"I am most definitely not a better tennis player than Murray. I might have been a little bit better than him today," said the American.

Isner also took his career aces total to 13,724 to sit just four behind the record held by Ivo Karlovic.

But Spanish teenager Carlos Alcaraz stayed on course to meet the six-time champion in the last eight by reaching the third round for the first time.

The flamboyant Spanish shot-maker goes on to face Germany's Oscar Otte for a place in the last 16.

Otte needed just 15 minutes to reach the third round when American opponent Christian Harrison retired injured at 3-1 down in their second-round tie.

At match point down in the final set tie-break, Davidovich Fokina hit a ball out of the court, was penalized a point and lost the tie.

"I don't agree with it. That's crazy...what a lousy way to end it," US tennis great John McEnroe told ESPN.

Kontaveit lost 6-4, 6-0 to Germany's Julie Niemeier as the Estonian endured another Grand Slam to forget.

Kontaveit has made the quarter-finals of a major just once in 29 attempts.

Raducanu, bidding to become Britain's first female champion at the All England Club in 45 years, was beaten 6-3, 6-3 by France's 55th-ranked Caroline Garcia.

"I really enjoyed playing on Center Court, it was my first time and very special," said Garcia, who fired 25 winners past the British teenager.

There were no such dramas for third seed Ons Jabeur or fifth-seeded Maria Sakkari, who went through to the last 32 in straight sets.

Lesia Tsurenko came out on top in three sets over Ukrainian compatriot Anhelina Kalinina to make the third round for the second time.

Tsurenko, ranked at 101, proudly wore a ribbon in the colors of Ukraine on her shirt.

"It was a big court. Two Ukrainian players but a lot of people were watching us. We felt amazing support," said Tsurenko after her 3-6, 6-4, 6-3 win.

"Today on the way from hotel to the club, we got a driver," she added.

"She has taken two people from Ukraine into her house.

"I think it's amazing when people help Ukrainians so much."