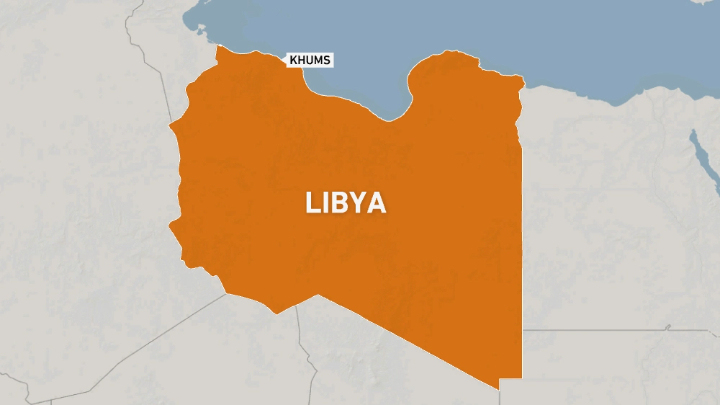 Libyan rescue services have recovered the bodies of 20 people in the desert near the border with Chad. The deceased were believed to have been migrants and were found around a black pickup truck about 320 kilometers southwest of Kufra, according to the district ambulance service.

Rescue services said they "recovered 20 bodies found in the desert after their vehicle broke down." In a statement, the service said the vehicle traveled from Chad and was about 120 kilometers inside Libyan territory. "They all died of thirst," the statement said of the people in the truck.

The bodies were discovered by a truck driver who had been traveling through the desert.

"The driver got lost ... and we believe the group died in the desert about 14 days ago since the last call on a mobile phone there was on June 13," Kufra ambulance chief Ibrahim Belhasan told the Reuters news agency by phone.

In a separate incident that took place off the coast of Libya, a rubber dinghy sank with 30 people on board, including women and children.

On Wednesday, Doctors Without Borders, also known by the French initials MSF, reported that the vessel went down on the perilous central Mediterranean Sea route.

A rescue ship operated by the organization managed to reach the stricken boat, and dozens of people were rescued. Five women and eight children are among the missing people, and are presumed dead.

Human traffickers have managed to benefit from the instability in Libya, with criminal syndicates trafficking thousands of people along deadly routes in the Mediterranean.

According to the Missing Migrants Project, which documents deaths and disappearances of people attempting to migrate, 24,234 people have gone missing since 2014 in the Mediterranean alone.

The perils of the sea are not the only challenges facing migrants.

Rights organizations and the UN have documented instances of abuse, including reports of rape and torture, for migrants who wind up in Libyan detention facilities.

A fact-finding mission report commissioned by the UN will present its findings to the UN Human Rights Council next week.

According to the Independent Fact-Finding Mission on Libya, investigators say migrants held in detention face "acts of murder, torture, rape and other inhumane acts."