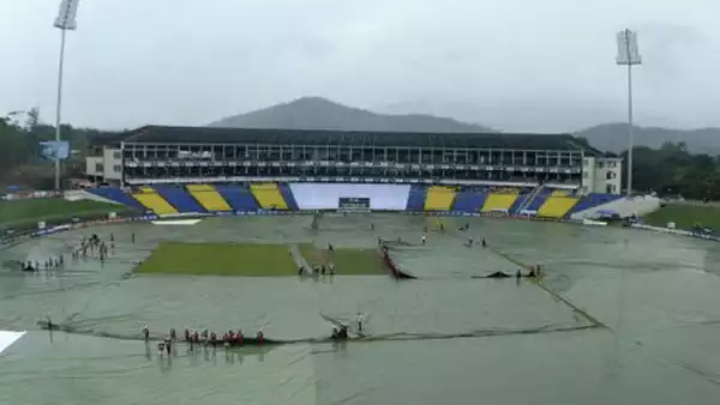 Rain has delayed the start of Thursday's second day of play in the opening Test between Sri Lanka and Australia in Galle.

Australia ended day one on 98 for three after touring spinner Nathan Lyon claimed five wickets to bowl out the hosts for 212 on a turning pitch at the picturesque stadium.

The entire ground remains covered due to persistent morning rain.

Usman Khawaja, on 47, and Travis Head, on six, were batting at close of play after Sri Lankan spinner Ramesh Mendis took two wickets and Steve Smith was run out.

Sri Lanka skipper Dimuth Karunaratne won the toss and chose to bat first at the start of the two-match series.

Wicketkeeper-batsman Niroshan Dickwella made a defiant 58 before the Sri Lankan innings folded in the final session on Wednesday.