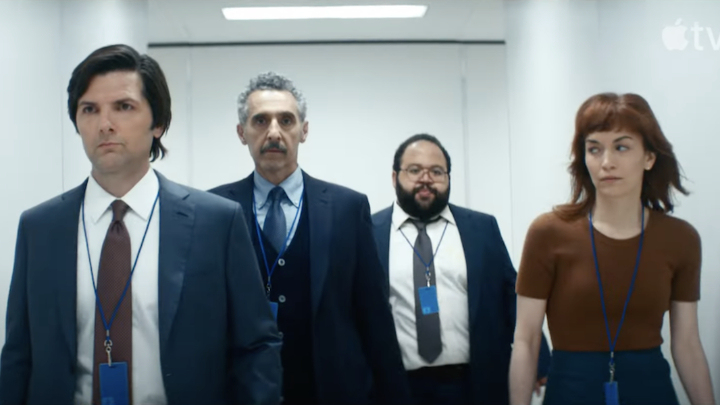 "Severance", a dystopian and satirical thriller aired its first episode, titled "Good News About Hell", earlier in February. The show is created by Dan Erickson, with Ben Stiller taking on the role of director, for Apple TV+. With weekly episodes being released after the pilot, the first season ended with nine episodes on the April 8 of this year.

The show takes place in a world where flip-phones and chunky monitors have survived, but somehow a company named Lumon Industries offers a high-tech medical procedure that allows their employees to completely sever their personal and professional lives.

The procedure, called severance after the name of the show, inserts a chip into one's brain, which results in them forgetting their families, relationships, friends—and all the baggage that comes with them—once they enter their office premises. Once the person leaves their work building, they forget about the awkward encounters with co-workers, the stressful meetings next week, and even the name of their boss.

Basically, to use terms the show has, your 'innie', or work-self, has no recollection of your 'outie', the real you, and vice versa.

The show focuses on the innie and outie dynamic, centering around our protagonist, Mark (Adam Scott), who decides to get the severance procedure after the sudden and tragic death of his wife.

The story begins with his innie being suddenly promoted, as Mark's former department manager, who is also his closest friend at work, vanishes. Mark's first task as the new manager is to train the new employee, who has just undergone the severance procedure, called Helly (Britt Lower).

Helly's innie cannot come to terms with the idea of the severance procedure and the fact that her outtie would force her into such a life—where the innie stops to exist the moment their shared body leaves the building. She is unable to fathom the idea of why anyone would choose to split their lives in two in such a fashion either.

Throughout the season we follow Helly's attempts at quitting, and her obligatory visits to the misleadingly named "Break Room". As Helly struggles to come to terms with her outie's decision to continue living a severed life, the audience is introduced to the other employees at various other departments within Lumon.

We discover characters such as Burt (Christopher Walken), whose innie is hilarious and happy, but also seems to have some knowledge about Lumon's dark secrets. Simultaneously, we also follow Mark's outtie, who does not seem particularly concerned with his innie's life but is suffering from his own personal problems.

The scenes within the confines of Lumon Industries seem to be heavily influenced by George Orwell's "1984", as we see employees having to quote their 'Employee Handbook' as if it were the Bible, and salute the Founder's portrait upon entrance.

The show holds up a magnifying glass upon corporate culture and the pressures and toxicity that can sometimes come with it.

The script is hilarious in its subtlety, whilst also having a well-layered narrative. But the most beautiful part of the show is either its use of dialogue to further the story or the beautiful composition of almost each and every important scene.

"Severance" does a fantastic job of hooking the audience from the very first episode, leaving them with an unquenchable thirst to find out what keeps happening next. Here's to hoping season 2 comes out soon, and doesn't leave us biting our nails in anticipation by the end.