Anushka Sharma is the new brand ambassador of a sportswear label in India.

Anushka Sharma shared photoshoot pictures promoting the sportwear brand which earlier posted her photos ‘without permission’. Turns out, the actor is their new brand ambassador.

Hours after slamming sportwear brand Puma, Anushka Sharma posted pictures from a photoshoot wearing clothes from the same brand. She hosted a promotional event for the brand in Mumbai too. It turns out her reaction to the brand using her pictures ‘without permission’ was a gimmick.

In the new pictures, Anushka appeared posing in athleisure, which included shorts, a sports bra, topped with a black jacket. She also added photographs of her look from the event and wrote, “Well, that's just how it’s done.” 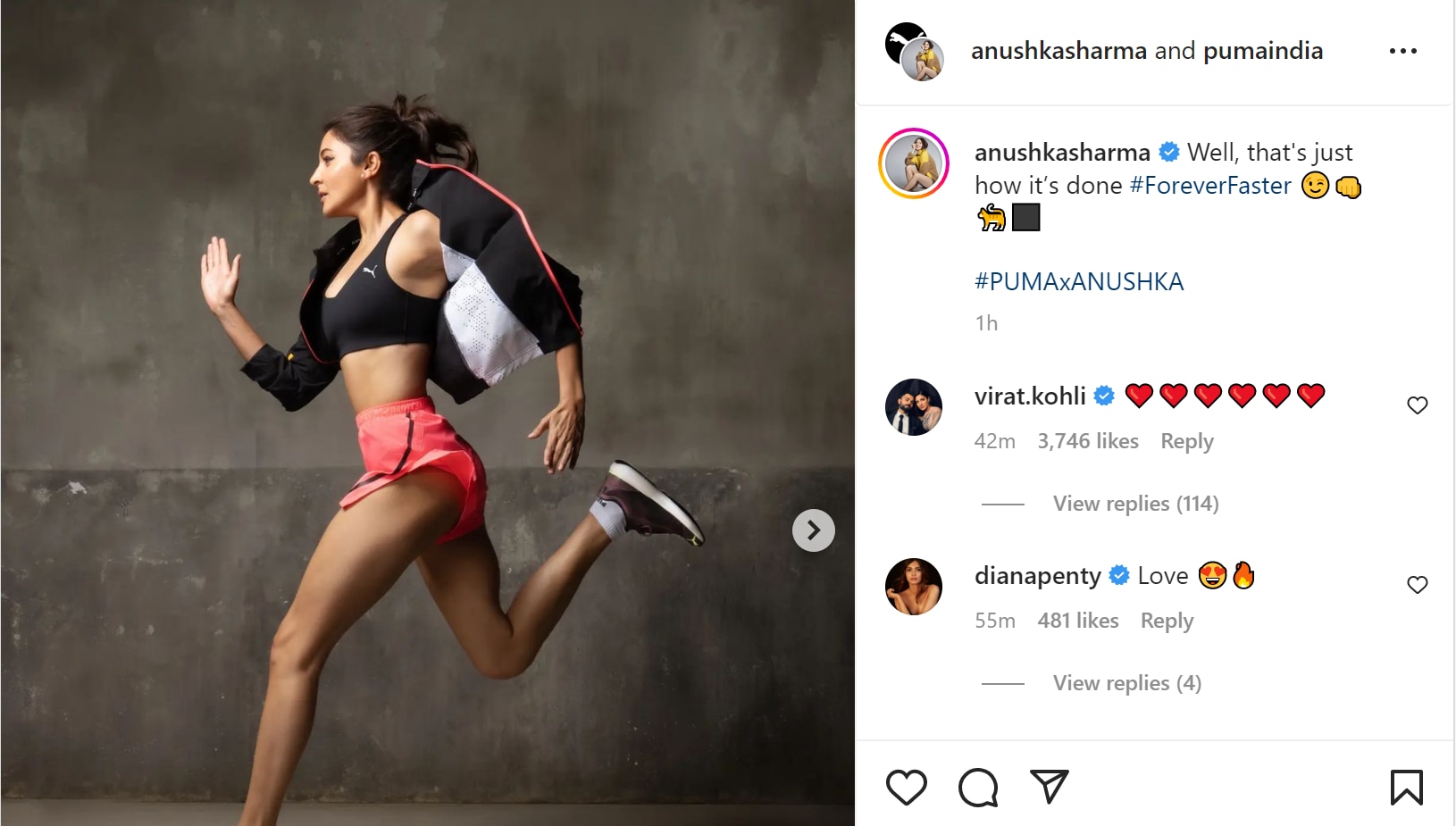 Soon after she uploaded the pictures to announce herself the new brand ambassador of Puma, husband-cricketer Virat Kohli dropped lots of red heart emojis in the comment section. However, it seems like social media users aren't happy about Anushka's promotional strategy.

One of them commented, “What a wanna be act.” “So why was there too much drama before?” added another one. Many also praised Anushka for the promotion, which almost fooled everyone. Someone else said, “You always know how to surprise us.”

Earlier, Anushka had shared a video of herself speaking about the brand’s ‘proposal’ after she told them to take down her photos as she was not their brand ambassador. The video had her getting her hair and makeup done while she was speaking out loud about the ‘proposal.’ She sat in front of a mirror inside a vanity room. She shared her views on working with the brand with her team. “Considering @pumaindia ’s proposal… What say?” Anushka captioned it.

It all started on Monday when the Zero actor had reposted her picture shared by the brand to promote its sale. She wrote, "Hey, @PumaIndia? I'm sure you know that you have to take permission before you can use my imagery for publicity since I am not your ambassador.'' The actor also demanded removal of the post, and added, "Please take it down," along with angry face emojis.

It was also posted by Virat on his Story. He wrote, "Please sort this out Puma India." Virat also endorses the brand. Anushka will be next seen in director Prosit Roy's upcoming Chakda 'Xpress, which releases next year on Netflix.