Ananya Panday is on cloud nine as she spots David Beckham at FIFA World Cup semi-finals, says he 'fully waved at me' Ananya Panday watched the FIFA World Cup semi-finals between Argentina and Croatia in Doha on Tuesday and could not contain her excitement on spotting David Beckham in the stadium.

Ananya Panday flew to Doha, Qatar for the FIFA World Cup semi-finals and took to Instagram Stories to share her excitement on seeing Messi on the field. Her excitement doubled when she spotted former footballer David Beckham at the stands. The actor claimed he waved to her as well. 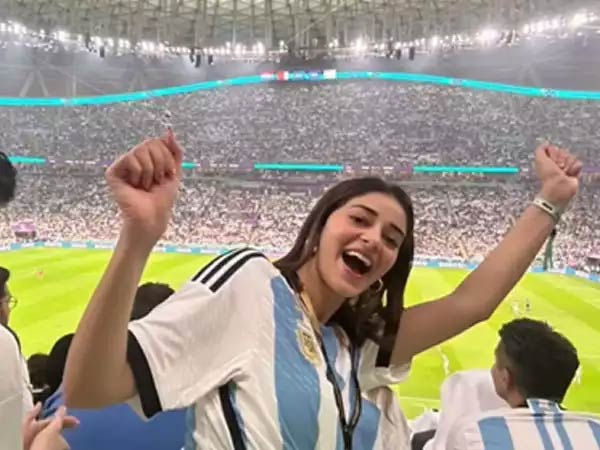 Ananya shared a selfie on Tuesday and could be seen in an Argentina jersey. She shared a picture of Messi on the field as she cheered for him during Argentina vs Croatia. Argentina won the match and will now play the finals on December 18. She captioned the pic, “Messsiiiii" with several heart emoticons.

Ananya also shared a picture of David Beckham standing in the viewers gallery in a black suit and a tie. “Ok I am done (several star-eyed emojis) David Beckham. Fully waved at me,” she wrote along with the picture. 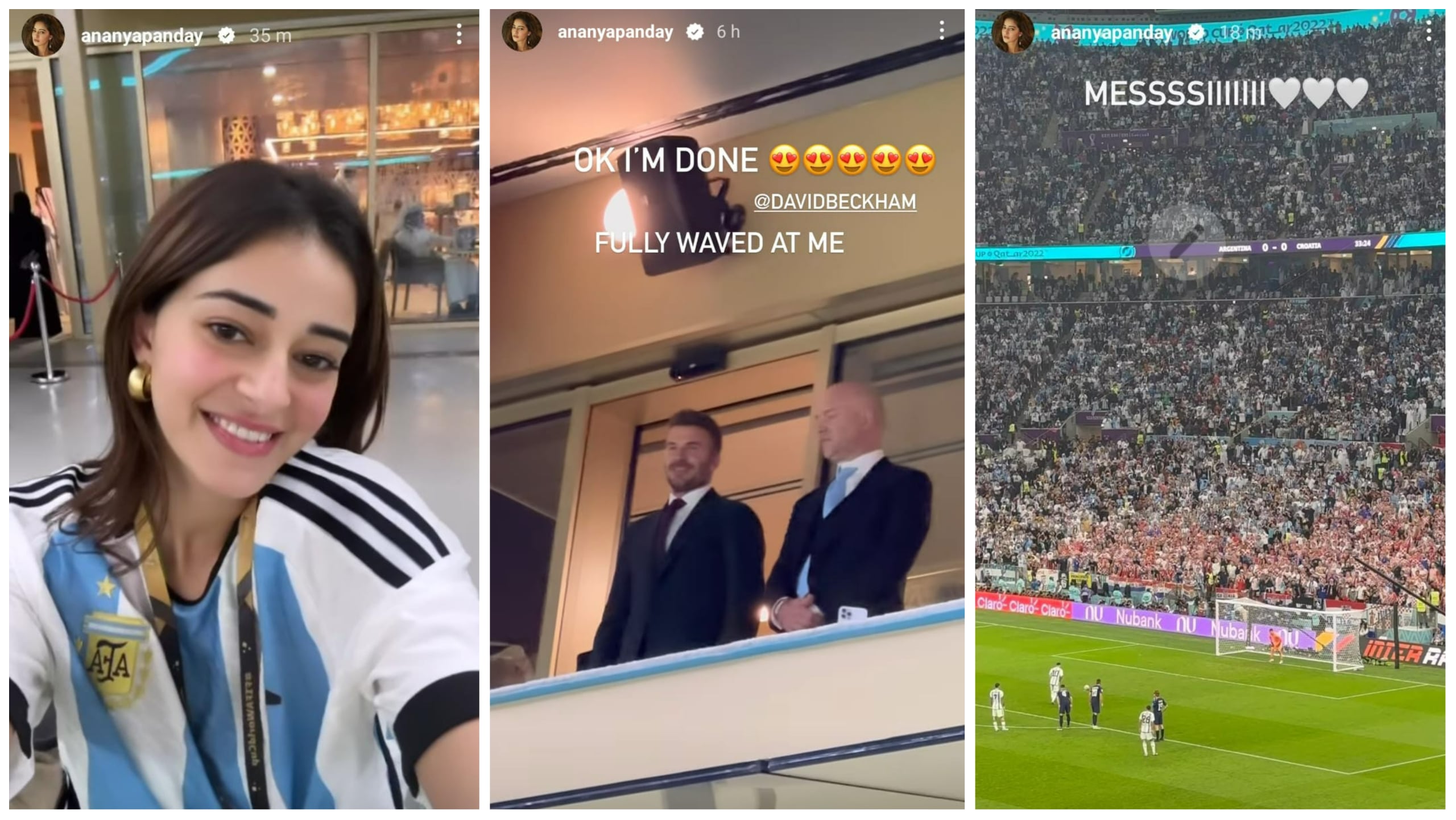 Siddhant is set to represent India in the official FIFA World Cup Anthem along with the American rapper Lil' baby. The anthem will be directed by X and will come out during the FIFA world cup finals. He had recently shared a series of pictures from the shoot of the anthem on Instagram. He posed with rapper Lil baby and also a glimpse of a jersey with his name on it.

Ananya was last seen in Liger, opposite Vijay Deverakonda. It was her first bi-lingual film and marked Vijay's debut in Bollywood. It however failed to impress the critics or the moviegoers. Her another release of the year 2022 was Gehraiyaan on Amazon Prime Video. It was a complicated romantic drama also starring Dhairya Karwa, Naseeruddin Shah and Rajat Kapoor.

Ananya will again be seen alongside Siddhant in their upcoming film, Kho Gaye Hum Kahan. The film also stars Adarsh Gourav. She has also been shooting for Dream Girl 2 with Ayushmann Khurrana.