Paris Saint-Germain superstar Neymar shared his two cents on the five players who have more technical ability than him. The 30-year-old winger, who is considered one of the best players in the world, hasn’t been shy to show off his incredible flair and skill on the pitch for club and country.

Neymar made his name at Brazilian side Santos and became one of the fastest-rising stars in world football, with top European clubs eager to land him at the time.

Barcelona were the Brazilian winger’s next destination and the former Santos ace thrived at the Camp Nou alongside Lionel Messi and Luis Suarez.

Neymar’s incredible ability caught the eye of current club PSG, who broke the world-record transfer fee to sign him in a £200m deal in 2017.

The ex-Barcelona star has continued to play at the highest level for club and country, with Neymar forging an effective partnership with Messi and Kylian Mbappe at PSG.

Speaking to Oh My Goal, Neymar showed the confidence he has in his own ability by claiming that he is one of the most technical players in world football today.

The Brazil international showered Barcelona legend Messi with praise and named him as one of his picks, saying that everyone “wants to play with him.” 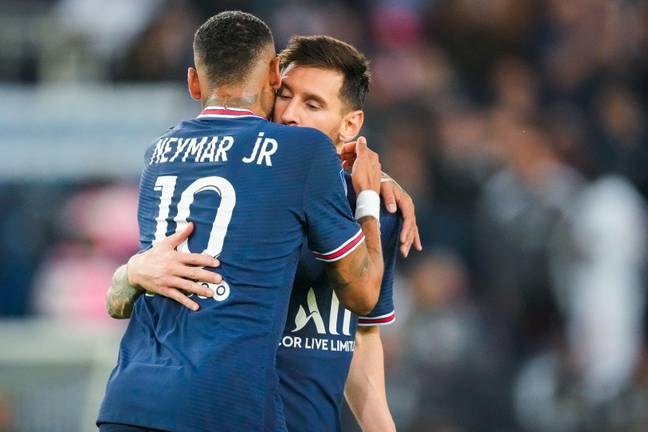 Lionel Messi and Neymar have been reunited once again at Paris Saint-Germain. Credit: Alamy

“I don’t know if I can answer that, with all the humility in the world I consider myself one of the most technical players in football today.

“But I would say Messi. A player that I’d like to play again with today, clearly it’s Messi because he’s number one, the greatest of all. Every club, every player loves him. Everyone wants to play with him.