Popular former Bigg Boss participant Uorfi Javed is often in the headlines for her bold outfit choices and her social media. She often has brawls on the internet. Following her spat with author Chetan Bhagat, it seems like Uorfi is facing yet another issue. This time, she has called out a group of teenagers claiming that they have been harassing and abusing her.

She took to her Instagram story to share a profile of a teenage boy and tagged him saying, “This kid and his 10 friends have been calling me nonstop (I have been using the same number for 10 numbers, I don't know from where did they get it). They are calling and abusing me. What is wrong with kids these days? Harassing me for no reason! I am going to file a police complaint against the 10 of them but if anyone knows their parents, let me know. I'll reward you!” 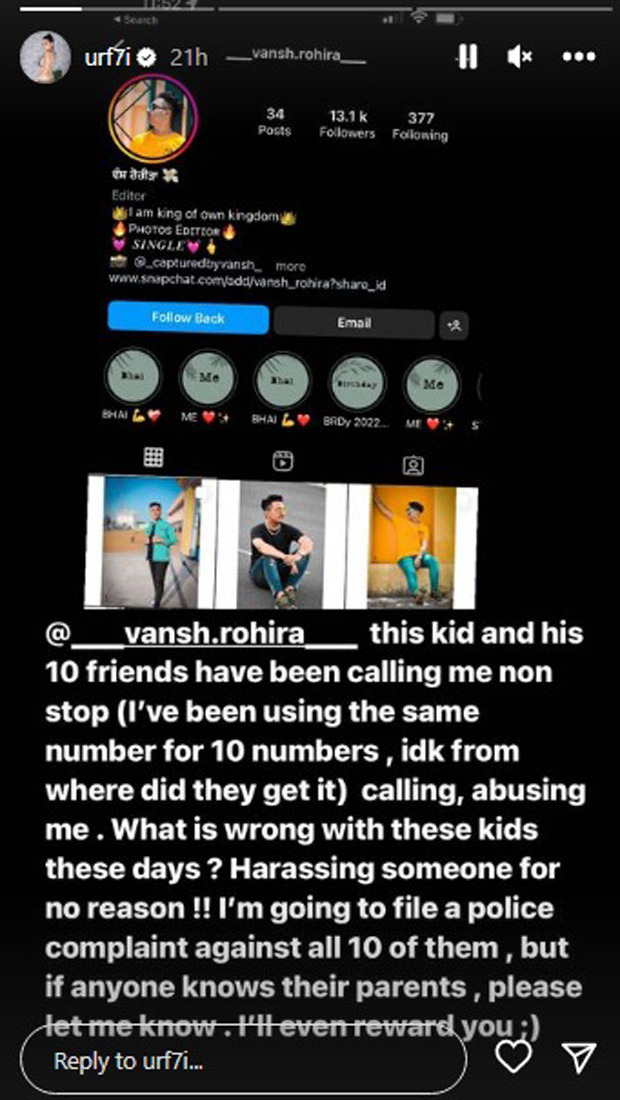 It didn’t end there as the boy reposted her post. She further wrote, “The next generation is doomed! This kid is even resharing the story with so much pride. This kid and his friends prank call and abuse girls and then flaunt it instead of being sorry!” 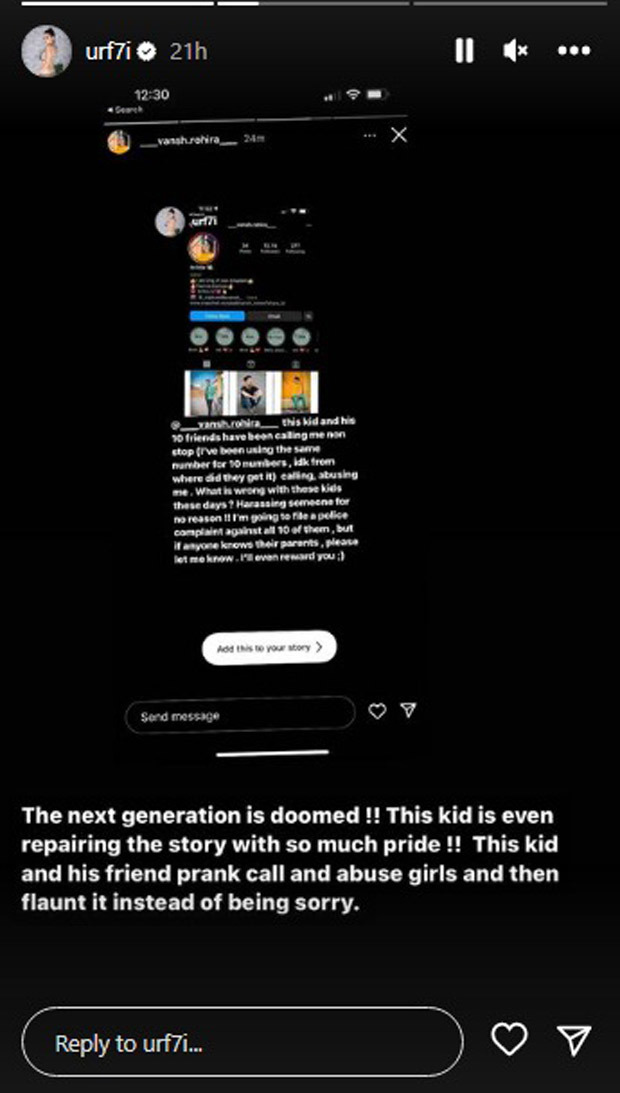 Uorfi Javed said that she has decided to file a police complaint and also wants to let their parents know what the teenagers are doing on social media.