Argentina defeated Poland 2-0 on Wednesday to win Group C, moving on to the knockout rounds of the FIFA World Cup despite Lionel Messi's missed penalty in the opening period at Stadium 974.

Argentina’s victory moved the South American side to the top of the group and they will face Australia in the last 16 while second-placed Poland take on reigning champions France. 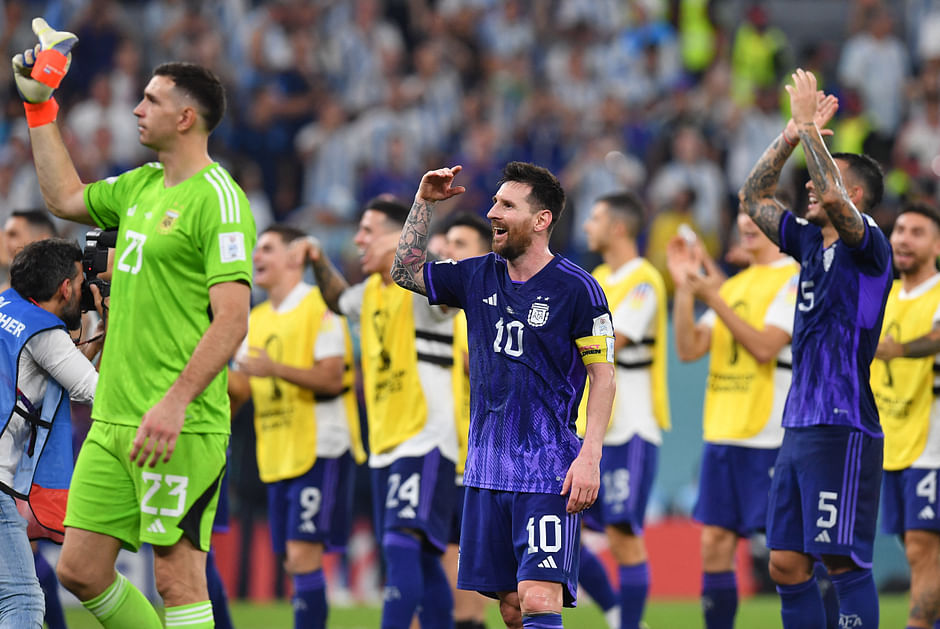 Argentina took the lead just one minute into the second half when Alexis Mac Allister got on the end of Nahuel Molina’s cross and, despite making weak contact, he saw his shot creep over the line with Polish keeper Wojciech Szczesny beaten.

The goal was just reward for Argentina who had dominated possession while Poland barely managed to get out of their own half. 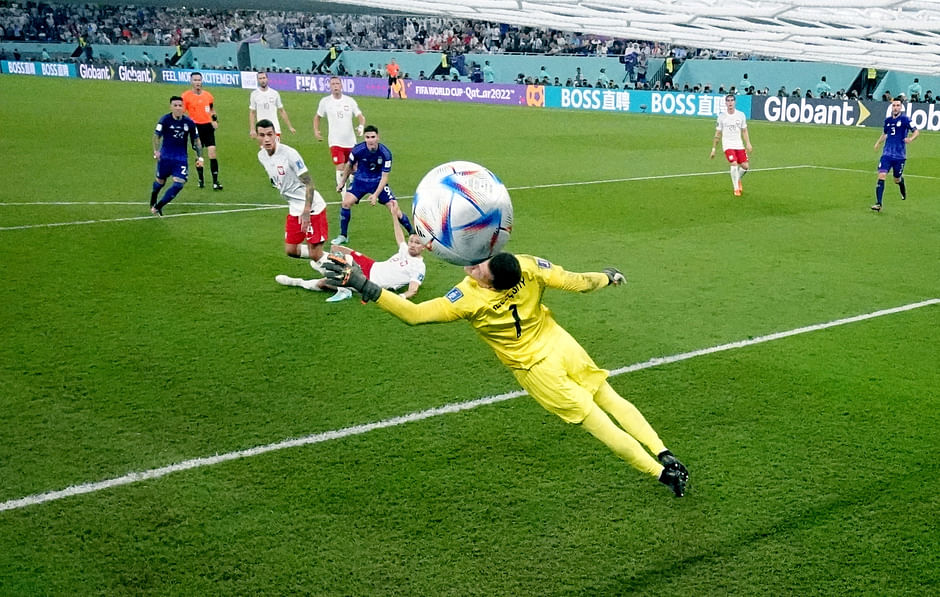 The second goal was the result of some patient buildup where Argentina knocked the ball around before Enzo Fernandez unlocked the defence with a through-ball for Julian Alvarez, who found space in the box and smashed it into the top corner.

Earlier, Poland were up in arms when Argentina were awarded a controversial penalty after a VAR check for a foul on Messi when Szczesny’s glove brushed his face as the Paris St Germain forward rose up for a header at the far post. 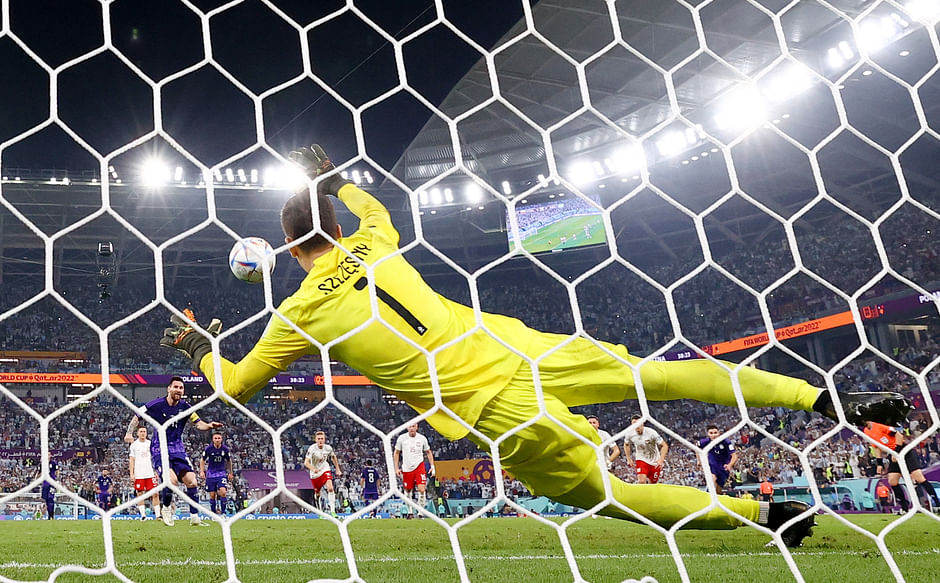 But Szczesny was up to the task and despite the thousands of Argentina fans raising the decibel levels inside the arena, he kept his composure and guessed correctly, diving to his left and using one hand to swat aside Messi’s effort from the spot.

Szczesny had been kept busy the entire half with the Poland defence breached time and again but the Juventus keeper stood firm to deny the Argentines who grew more confident with every attack. 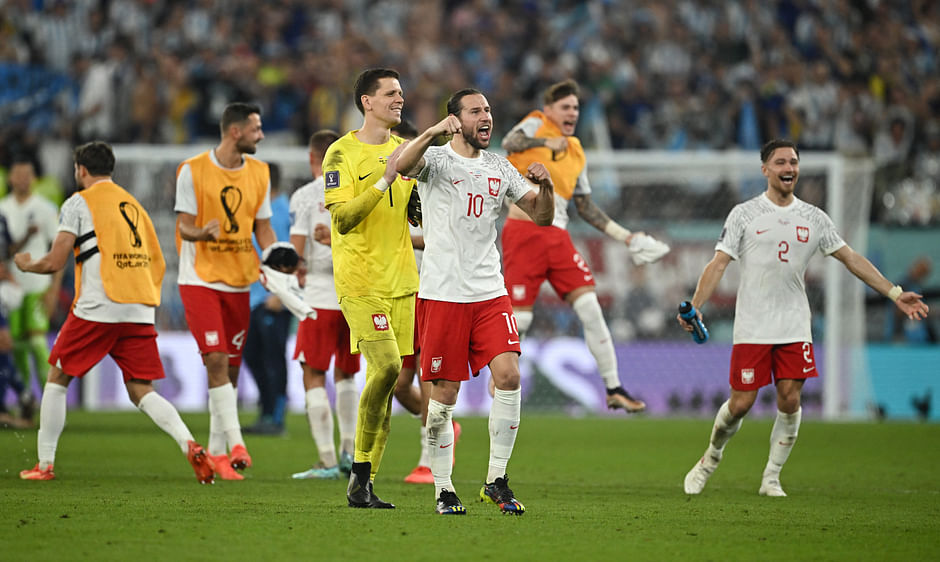 He first denied Alvarez when the Manchester City forward broke through the offside trap before he tipped Angel Di Maria’s cross over the bar when his Juve teammate attempted to score directly from a corner kick.

But he could do nothing but scramble when Mac Allister took his shot even before Poland could settle down after the restart while Alvarez’s shot for the second goal was too good for any keeper.