NATO is working to strengthen its eastern flank Meeting in Bucharest this week, NATO foreign ministers are set to discuss more aid for Ukraine, plans to deter Russia on the military alliance's eastern flank and a number of practical issues. Bernd Riegert reports.

It's no coincidence that Romania is where the foreign ministers of the 30 NATO countries are meeting on Tuesday and Wednesday. They are there at the invitation of Romanian Foreign Minister Bogdan Aurescu to show support for the countries on NATO's eastern flank and in the Black Sea region. The area has become the new focus of NATO activity since Russia launched its attack on Ukraine on February 24.

Back in the spring, the alliance decided to establish four new battlegroups in Slovakia, Hungary, Bulgaria and Romania to combat the threat from Russia. Battlegroups have already been in place in the three Baltic states and Poland since 2017 in response to Russia's annexation of Crimea in 2014.

The four new groups, with battalions of between 900 and 1,300 personnel, are currently being formed. Several NATO countries, including Germany, are supplying them with permanent troops, while others are rotating and taking turns. 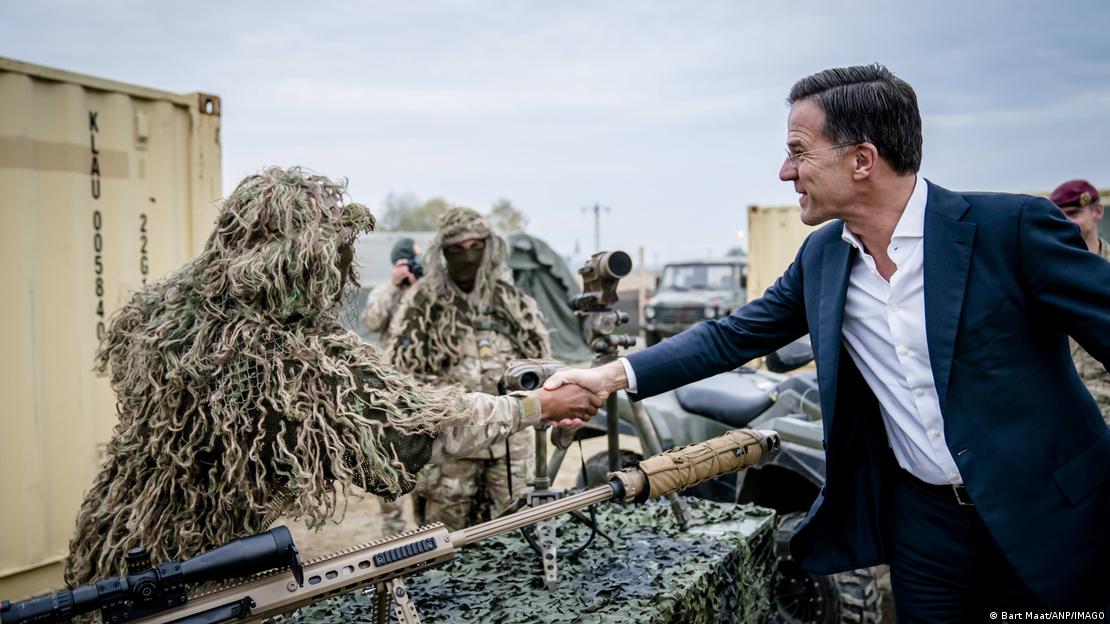 Dutch Prime Minister Mark Rutte recently visited troops from the Netherlands who have been stationed in RomaniaImage: Bart Maat/ANP/IMAGO

"In response to Russia's war against Ukraine, we continue to strengthen our deterrence and defenses in the eastern part of the alliance," said Stoltenberg's spokesperson, Oana Lungescu.

The NATO summit in Madrid this summer stipulated that the battlegroups could in future increase to brigade strength, with about 5,000 personnel.

Combat groups and strategy in focus

NATO's solidarity along its eastern flank was tested on November 15, when two people were killed by a missile in Poland, not far from the Ukrainian border. Nerve-wracking hours followed for NATO, until it became clear that the missile had probably been fired not by Russia but by the Ukrainian army.

It proved to be an accident — but it raised the question of what would happen if Russia did, in fact, attack NATO territory. NATO would have to act decisively and honor its pledge of mutual defense for all member states. 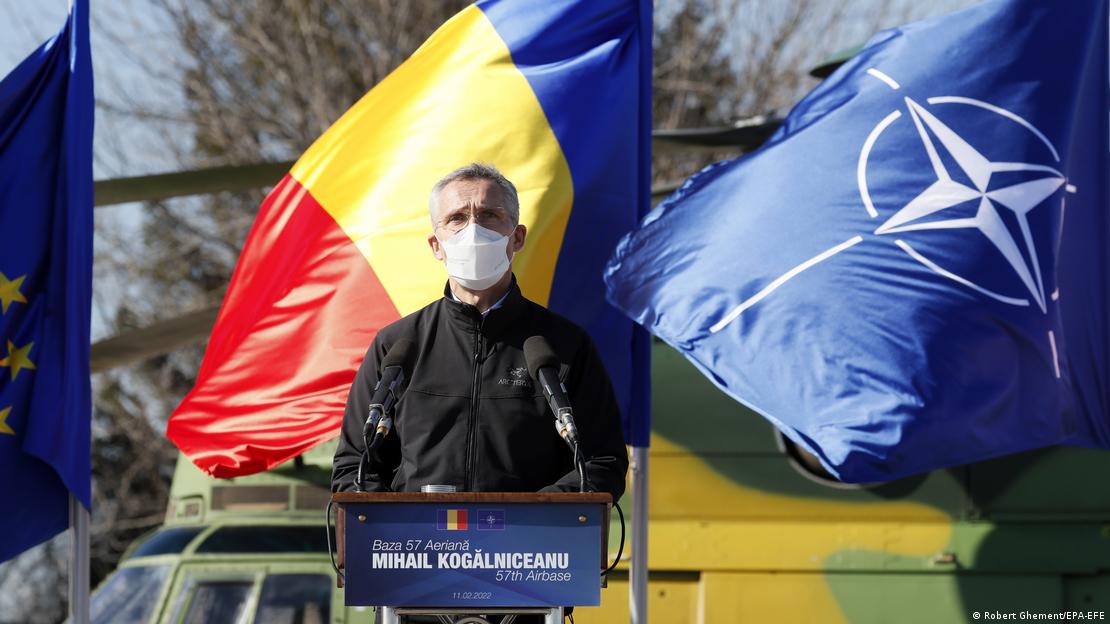 Stoltenberg tried to calm things by saying that the military alliance does not currently believe Russia is planning an attack on NATO allies. Nevertheless, the war being led by Russian President Vladimir Putin is seen as an unprecedented threat, especially in NATO's eastern states, the Baltics and Poland. The NATO foreign ministers will discuss the latest assessment of the situation at the meeting in Bucharest.

Stoltenberg to urge allies not to flag in support for Ukraine

They will also look at providing further military aid for Ukraine. Right now, Kyiv is most in need of missile defense and ammunition to repel Russian attacks on civilian infrastructure. Poland has rejected the proposal that it reinforce its air defense with Patriot missiles from the German Bundeswehr. It would be better to send the systems straight to Ukraine, said Polish Defense Minister Mariusz Blaszczak, who had initially described the German army's offer as "interesting."

Stoltenberg will once again urge the allies not to flag in their support for Ukraine, even though energy and food are becoming more expensive at home. If Russia gets its way, "authoritarian regimes around the world will learn that they can get what they want with brute force," he told NATO's parliamentary assembly in Madrid last week. "This would have direct consequences for our security. It will make the world more dangerous, and us more vulnerable."

The French army is leading the new Romanian battlegroup, which is based in Cincu, in the region of Transylvania. For the past few months, around 500 French soldiers have been training with units from Poland, the Netherlands and the United States. The French MAMBA air defense system, designed to be used over short ranges, has been tested in Romania.

"Exercises such as this one ensure that NATO forces are able to operate together and remain ready to respond to any threat from any direction," said NATO's Lungescu.

During maneuvers in September, the French colonel leading the battlegroup said that right now the most important task was to set learning objectives and train for the future nature of warfare. Logistical shortcomings have also been identified. These are not unique to Romania, but are found in many NATO countries. 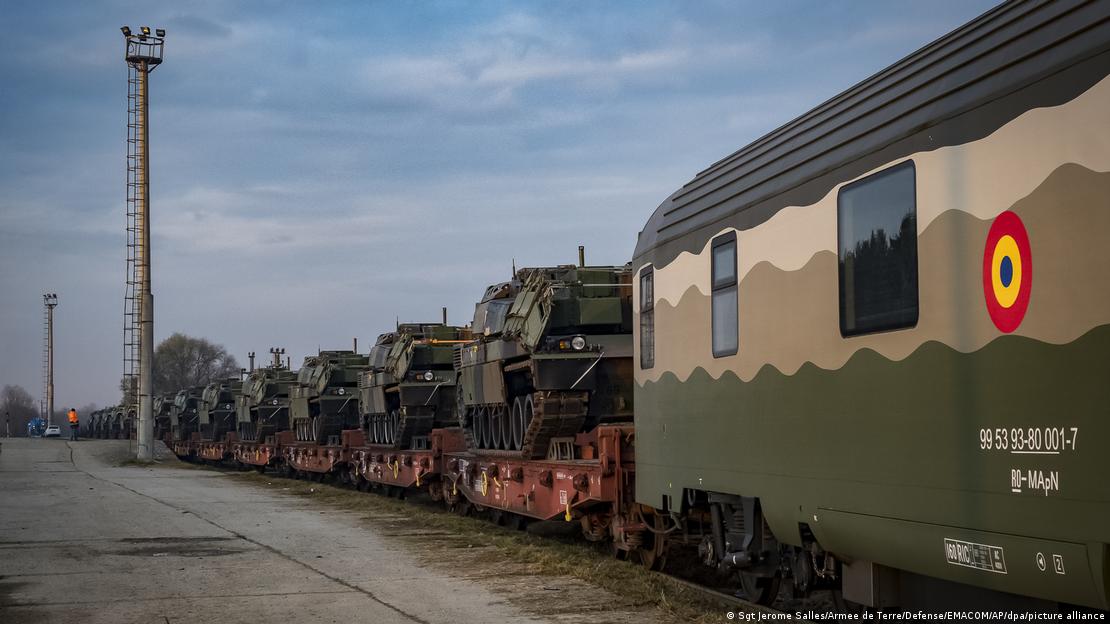 The French army encountered difficulties and delays in getting its tanks to the battlegroup in Romania. First, there was a lack of suitable rail transport routes; then the road transport was halted in Germany because the Leclerc tanks were too heavy to comply with traffic regulations. Later, they were unable to cross a key bridge near Cincu in Romania because the bridge could not support the weight of the vehicles.

Romania, a NATO member since 2004, has a relatively poor road network. This would restrict large military transports in the event of an emergency. About a quarter of Romania's roads are unpaved, and only 6% are highways.

Both NATO and the European Union have launched programs to improve military mobility across the alliance's territory. The railroads need more freight cars that can carry heavy equipment, and the Baltic states still use the Russian track gauge. The system needs to be adapted to the narrower EU standard, but this would cost billions of euros. Poland is planning to build new bridges, highways and 2,000 kilometers (1,240 miles) of railroad track by 2034, partly in order to facilitate the redeployment of troops to its eastern border.

Speaking to the French investigative platform Mediapart, the French general staff commented that there were often "rustic conditions" when a new unit was set up — eight months after the start of the operation in Romania. The Romanian Defense Ministry has said action has since been taken to remedy the situation and all the French soldiers' requirements have been met.

There has also been trouble at the NATO air base near Constanta. The Romanian military prosecutor is investigating allegations that soldiers there collaborated with organized gangs to steal diesel and kerosene worth €2 million (€2.08 million). 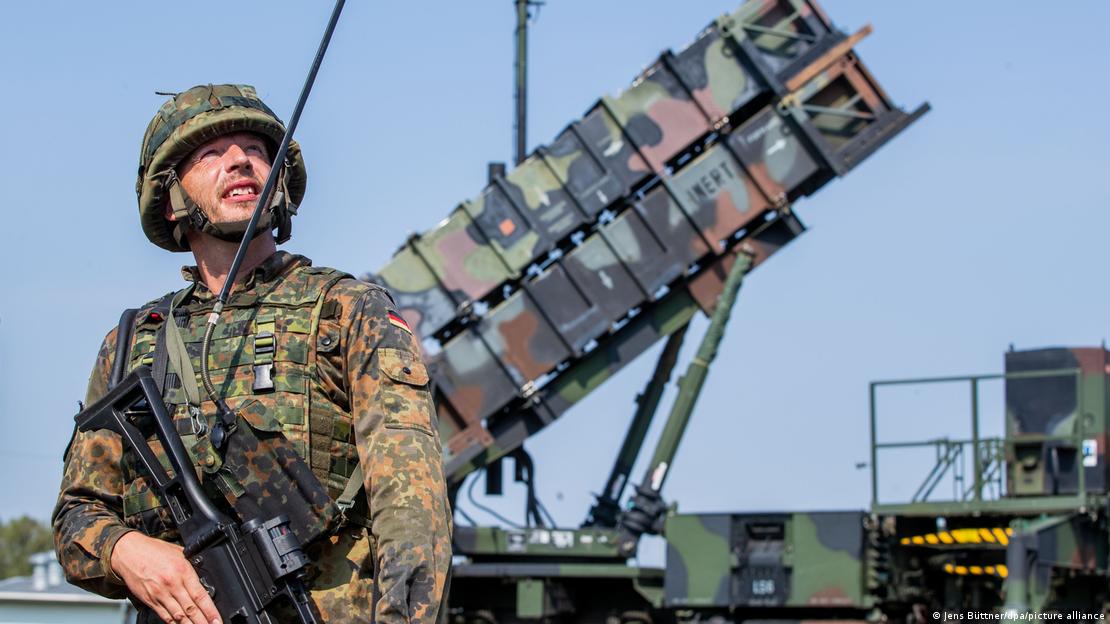 NATO has not only redeployed a combat group in Romania, it has also strengthened its air defenses. Shortly before the start of the foreign ministers' meeting, Spain announced that it would temporarily transfer eight F-18 fighter jets to Romania, along with 130 soldiers.

The US also maintains part of the missile defense shield in Romania, which was originally intended to counter long-range ballistic missile attacks from Iran or North Korea. According to NATO diplomats in Brussels, checks are being performed to see how the defense shield might also be used to protect against Russian missiles.