Bangladesh Jeweller’s Association (BAJUS) has increased honour of gold traders in last one year providing shield for doing business from any challenges, said a central leader of the organisation.

“I served BAJUS for long time. However, there were not many developments then. The current President Sayem Sobhan Anvir has improved the situation for developing dignity of the gold traders by a revolution,” MA Wadud Khan, former president of BAJUS, told a view-exchange meeting in Gazipur on Saturday.

Some six hundred jewellers participated in the view-exchange meeting of Gazipur district unit held at Joydebpur Convention Centre in the district.

"The businessmen became victim of police harassment many times even though selling the legal gold. BAJUS President Sayem Sobhan Anvir has reshaped the industry for creating environment for doing business,” Nikhil Chandra Dutta, a businessman from Tongi, said.

District unit former joint secretary general Firozul Hossain Selim said BAJUS has welcomed a huge number of gold traders across the country as the membership hiked to 40 thousands from 7 thousands in last one year. 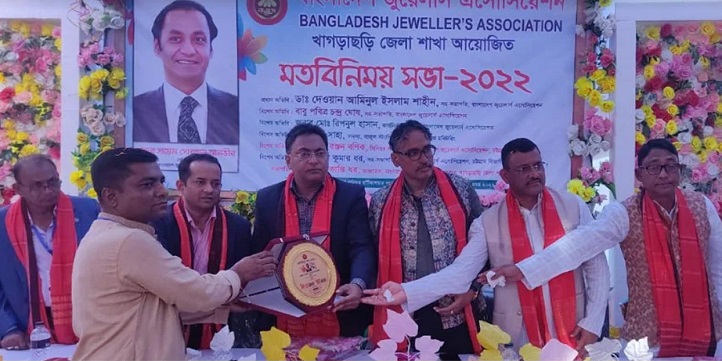 There was also held a view exchange meeting in Khagrachhari on same day. Leaders of BAJUS made a call to the government to reduce harassment of gold traders.