The EU and other critics were frustrated by the lack of progress to cut emissions that cause climate change. Germany's Foreign Minister Annalena Baerbock blamed "a number of large emitters and oil producers.''

Climate talks in Egypt ended on Sunday with a deal that would see many wealthy nations create a global fund for "loss and damage" to assist developing countries stricken by climate disaster.

However, critics say the COP27 UN summit did not go far enough on cutting planet-heating emissions that cause climate change.

"What we have in front of us is not enough of a step forward for people and planet," European Commission Vice President Frans Timmermans said.

He said the EU was "disappointed", adding that more than 80 nations had backed a stronger emissions pledge.

"We should have done much more," Timmermans said.

It is a sentiment shared by Germany's Foreign Minister Annalena Baerbock.

"It is more than frustrating to see overdue steps on mitigation and the phase-out of fossil energies being stonewalled by a number of large emitters and oil producers,'' she said.

Germany's climate secretary Jennifer Morgan, who was visibly upset at the close of the summit, said the only reason there was any agreement at the summit was, "because we want to stand with the most vulnerable."

The deal on loss and damage will be geared towards developing nations "that are particularly vulnerable to the adverse effects of climate change," language that had been requested by the EU. 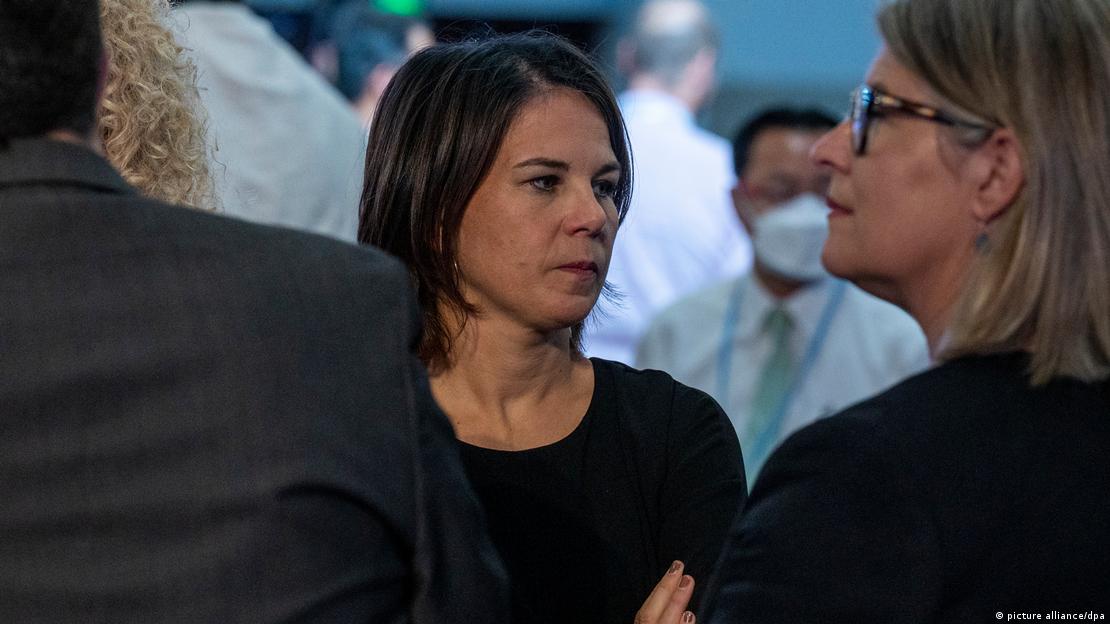 The Europeans wanted to broaden the funder base to include wealthier developing nations such as China and Saudi Arabia but agreed to voluntary contributions from those.

A transitional committee will work out much of the details of the deal and report to next year's climate meeting in Dubai.

Small island nations facing a climate-driven rise celebrated the deal but regretted the lack of ambition on curbing emissions.

"I recognise the progress we made in COP27" in terms of establishing the fund, the Maldives climate minister, Aminath Shauna, said, but added "we have failed on mitigation ... We have to ensure that we increase ambition to peak emissions by 2025. We have to phase out fossil fuel."

Commitment to limit global heating to 1.5C not addressed

But instead of calling for a phase of all polluting fossil fuels, the deal only reiterates language from last year's pact in Glasgow calling for a "phasedown of unabated coal power and phase-out of inefficient fossil fuel subsidies."

Even if all the pledges made so far are delivered, it is still on track for an average rise of 2.7C this century, a UN report said. It would cause widespread drought, water scarcity, hunger and coastal flooding.

The United Kingdom's Alok Sharma, who chaired COP26 in Glasgow last year, said a passage on energy had been "weakened, in the final minutes."

"We joined with many parties to propose a number of measures that would have contributed to this emissions peaking before 2025, as the science tells us is necessary. Not in this text,'' Sharma said.

UN chief Antonio Guterres said the talks had "taken an important step towards justice" with the loss and damage fund, but fell short in pushing for the urgent carbon-cutting needed to tackle global warming.

"Our planet is still in the emergency room," Guterres said. "We need to drastically reduce emissions now and this is an issue this COP did not address."

Egyptian Foreign Minister Sameh Shoukry, the COP27 chair, said, "I believe I succeeded in avoiding that any of the parties were to backslide."