Garbage will now be the exception, recycling the rule. However, Spain needs to make a lot of changes in order for this to happen.

"You can have tap water, yes, but it tastes really bad," said the server at the trendy Veles e Vents restaurant in the Valencia marina. Customers increasingly ask for tap water these days, but he has been instructed by his boss to warn them that it's unhealthy.

Passed in April, a new law governing the disposal of waste in Spain will come into full effect in 2023. Restaurants are now required to provide customers with tap water for free in order to reduce waste from plastic water bottles.

"But there's a big gap between the aspiration and the reality," said Borja Mateu, who works for the INESCOP footwear research center in Alicante, where he runs a small recycling factory. And it's true that here, too, on the Costa Blanca, you can taste the chemicals in the tap water. The European Union has repeatedly reprimanded Spain, warning that its water treatment processes are inadequate.

Spain is the fifth-largest producer of single-use bottles in the European Union, according to Greenpeace. And very few of them are recycled. The Global Waste Index 2022 found that Germany produces much more waste than Spain — 632 kilograms (1,390.4 pounds) versus 455 kilos per capita — but that half of this waste is recycled, whereas Spain's recycling quota only amounts to 86 kilograms per person.

A new tax is being imposed on single-use plastic containers, and another on waste sent to landfills or for incineration. The aim is to help Spain reduce the amount of refuse it generates to 15% of its 2010 level by 2030. 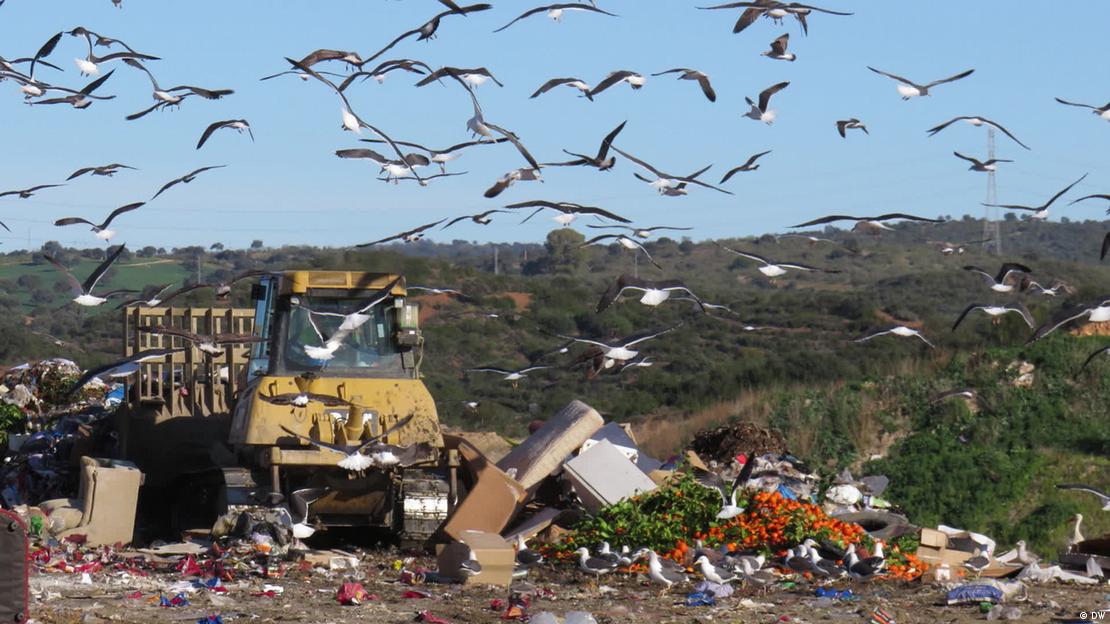 Very little waste is recycled in Spain. Most is incinerated or ends up in landfillsImage: DW

"The new waste law also bans the marketing of single-use plastic products, as well as cosmetic products and detergents containing microplastics, and limits the destruction or disposal of unsold nonperishable products, including textiles, toys or electrical appliances," said May Lopez, a sustainability expert at the EAE Business School in Madrid.

It's a challenge for Spain's economy. Parliamentary elections are scheduled for next autumn, and things are not looking good for Socialist Prime Minister Pedro Sanchez, especially with businesses complaining about regulations and taxes.

Many Spaniards, including the opposition, have expressed skepticism about the law. Isabel Diaz Ayuso, the conservative head of the regional government in Madrid, recently likened Sanchez's policies to sectarianism and communism.

The environmental movement is not strong in Spain. Nonetheless, the new law stipulates that restaurants and supermarkets must reduce their waste to a minimum. Leftover food must either be donated or processed into animal feed. Restaurant patrons have the right to ask for their child's uneaten dinner to be packed up to take home.

"But we still don't have the infrastructure to support some of these systems," said Mateu. Unlike Germany, for example, Spain doesn't have a universal deposit system for drinks bottles.

The problem is apparent when you walk into Mateu's recycling factory. A machine is chopping up old shoes into tiny pieces. As it does, it sorts out valuable elements such as buttons and wire. "Otherwise, in Spain, they just end up in landfill, even though they contain a lot of valuable materials," Mateu said. 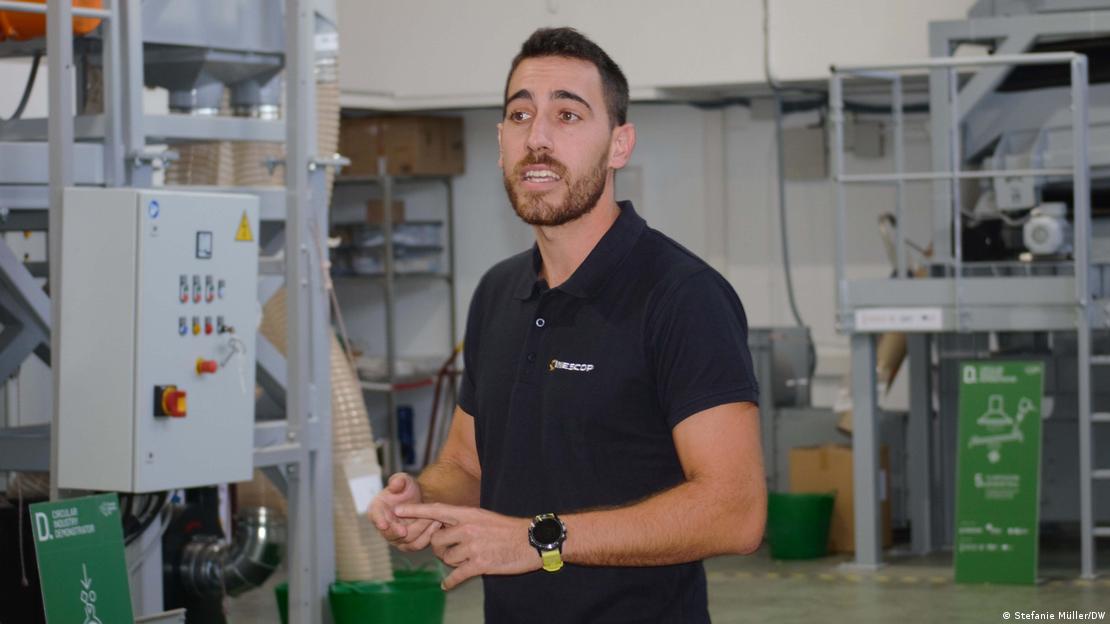 Spain is also home to two giants of the fast-fashion industry: Inditex and Mango. Primark, Bershka, Mango, Zara and Stradivarius sit side by side on the Gran Via shopping street in Madrid. Every day, young people line up to buy T-shirts and jackets at knockdown prices. A few months later, many of these items are simply thrown away, or left out on the street — and hardly anyone is interested in giving them a new life.

Secondhand clothing and flea markets are not common in Spain. Although many people talk about sustainability, Mateu said, few have fully considered what it means. In this respect, he is an admirer of German attitudes toward the environment.

Spanish pharmacies, for example, wrap boxes of medicine in paper and put them in a bag before handing them to the customer. When a customer declined the extra packaging to put the box straight into her bag, the saleswoman looked surprised.

On a recent Thursday evening, teenagers partied on a children's playground in Madrid, a popular, though unauthorized, spot. There is a new fine of up to €2,000 ($2,070) for littering — but the police patrol ignores them. When the teens go home, they leave cigarette butts, beer cans and plastic packaging scattered on the ground. By the following morning, everything is clean again; and the general population is not particularly bothered. 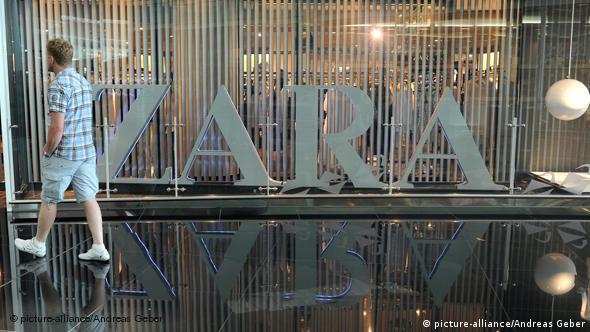 Spain is home to big names in fast fashion, which has a massive environmental impactImage: picture-alliance/Andreas Geber

The streets of downtown Madrid are swept first thing in the morning. The garbage collectors are out at midnight, and cleaning crews pick up the trash left behind in the parks while leaf blowers roar along the paths, surrounded by the stench of diesel.

Spanish cities are undoubtedly cleaner than many German ones. But there's a price for this. The newspaper El Diario has calculated that the cost of garbage collection and city cleaning services in Madrid is now 70% higher than before the pandemic.

In 2022, France experiences its warmest year ever

According to the EEA, air pollution killed 238,000 Europeans prematurely in 2020

Dhaka’s air 2nd most polluted in the world