Students and workers in Tehran and several other cities took to the streets to commemorate 2019 anti-government protests that are now known as Bloody November.

Protesters in Iran led a fresh bout of demonstrations on Tuesday to commemorate 2019 Bloody November protests over fuel prices — protests which were ultimately put down by government force.

It comes after more than two months of protests against the death of 22-year-old Kurdish woman Jini Mahsa Amini while in custody of the country's notorious morality police.

Iranian authorities have sought to crack down on the protests. A court sentenced what it described as a "rioter" to death and handed jail terms to other anti-government protesters.

For several days, activists posted online about commemorating the 2019 protests. Others spread written material in person to circumvent internet restrictions.

Young activists also appealed for Iranians to "conquer" the streets of other cities, including Ahvaz, Isfahan, Mashhad and Tabriz.

"We will start from high schools, universities and markets and continue with neighborhood-centered gatherings to move to main squares of cities," they said in a call posted online. 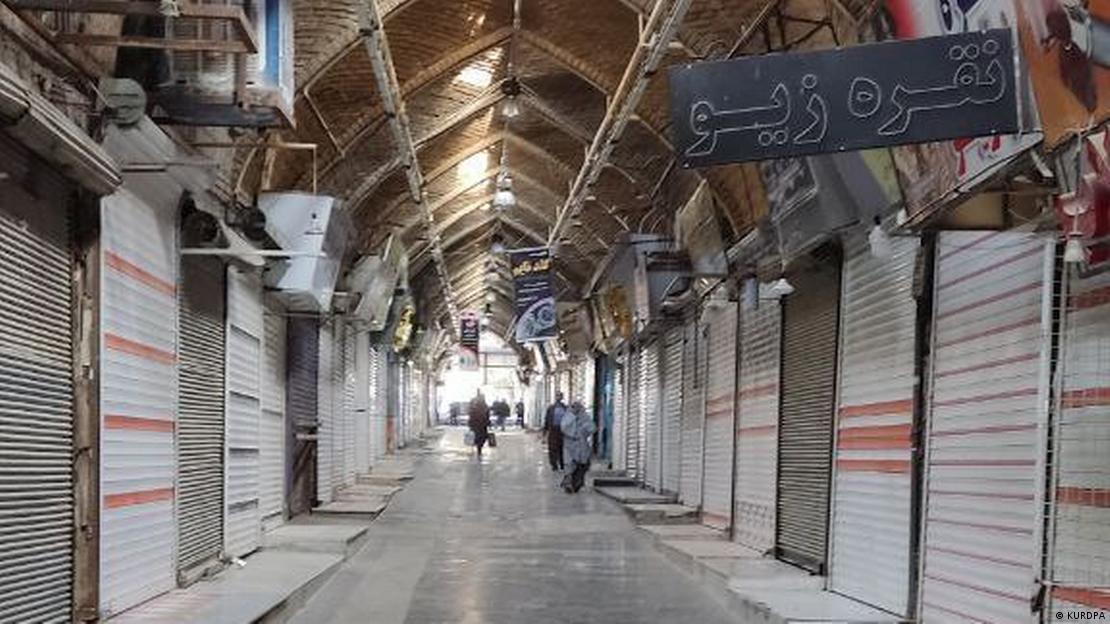 Shop keepers in Marivan and several other towns in Kurdisan province went on strikeImage: KURDPA

What were the Bloody November protests?

The Bloody November protests took place on November 15, three years ago, in response to a spike in the price of fuel.

Authorities used force to quash the protests and imposed a week-long internet blackout.

According to Amnesty International, at least 304 people were killed during the 2019 unrest which spread to more than 100 cities and towns around the country.

Norway-based group Iran Human Rights said more than 326 people have been killed in the Iranian government's ongoing crackdown against the Amini protests.