Atomic bombs dropped on Hiroshima and Nagasaki, and meltdowns at the Chernobyl and Fukushima power plants clearly affected people's health. But experts say it's hard to predict the fallout from a nuclear war today.

When we think about the war in Ukraine and the nuclear threat that it poses, we often think of two scenarios: an accident at a Ukrainian nuclear plant or the fallout from nuclear weapons.

In this second article, we will look into the short and long-term health effects that the bombings at Hiroshima and Nagasaki had on surrounding populations in 1945.

Experts use the study of those bombings at the end of World War II to understand what might happen if a nuclear weapon were detonated today.

Nuclear fallout depends on the type of weapon

Nuclear fallout is hard to predict because it is highly dependent on how and where a weapon is used.

"In the latter case, that's when you have to worry about fallout, because you are basically radioactively activating Earth," said Spaulding. "Whereas an airburst doesn't necessarily have the same fallout worries."

Spaulding said that different weapons can be detonated for different strategic reasons.

The detonation of a weapon in the air can kill many people at once, with less of a long-term impact on radiation in the surrounding population and environment.

The detonation of a weapon near the surface of the Earth could both kill many people at once and taint the environment and food supply for years. 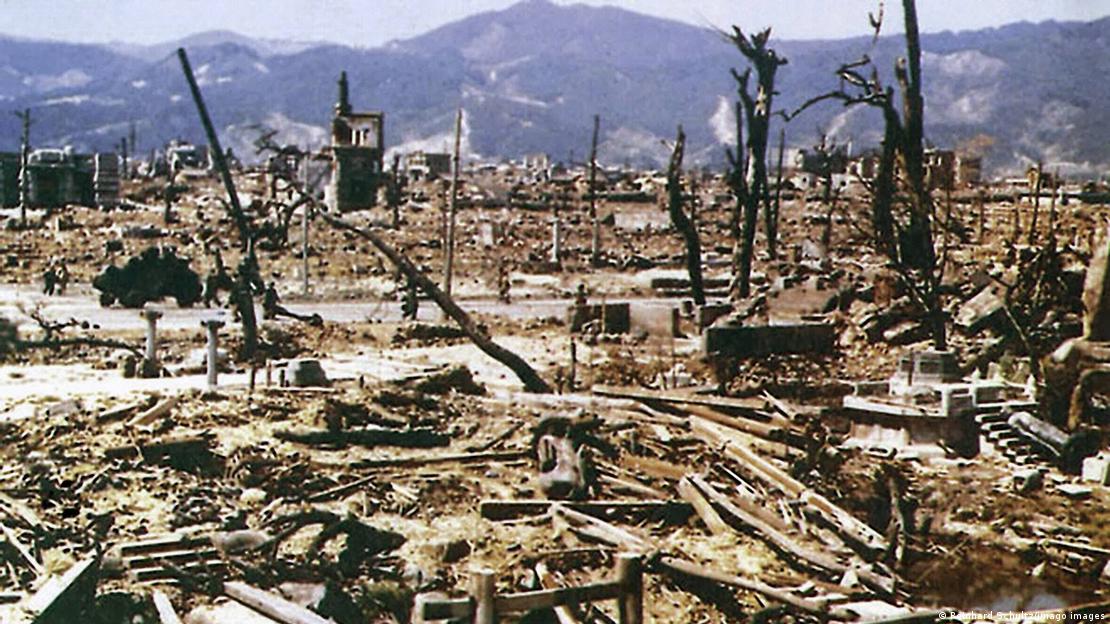 When atomic weapons were dropped on the city of Hiroshima in 1945, some people tried to avoid the heat by jumping into rivers, where many drowned Image: Reinhard Schultz/imago images

The bombings released about 40 times less radiation into the environment than the 1986 Chernobyl accident, but killed hundreds of thousands more people in the immediate aftermath.

Today, people can safely live in Nagasaki and Hiroshima without fear of lingering radiation, but the Chernobyl exclusion zone remains radioactive and uninhabitable.

Other effects of the 1945 bombings include an abnormally high increase in leukemia among people in surrounding areas, particularly among children. Other cancers increased, but in lower numbers.

Further long-term impacts of the radiation included increased instances of small head size, slower physical growth, and mental disability among children still in the womb when the explosions occurred some studies have suggested. This generally wasn't the case for children conceived after the bombings, as other research has shown.

The bombs used at Hiroshima and Nagasaki were considered strategic weapons at the time — the type that win wars rather than those that only win battles.

But Spaulding said that nuclear weapons have intensified to such a degree in the decades since that some of today's tactical nuclear weapons could be more intense than the strategic ones used to end WWII.

So, it's hard to use the historical bombings of Nagasaki and Hiroshima as an exact guide to what might happen today but they are an indication. 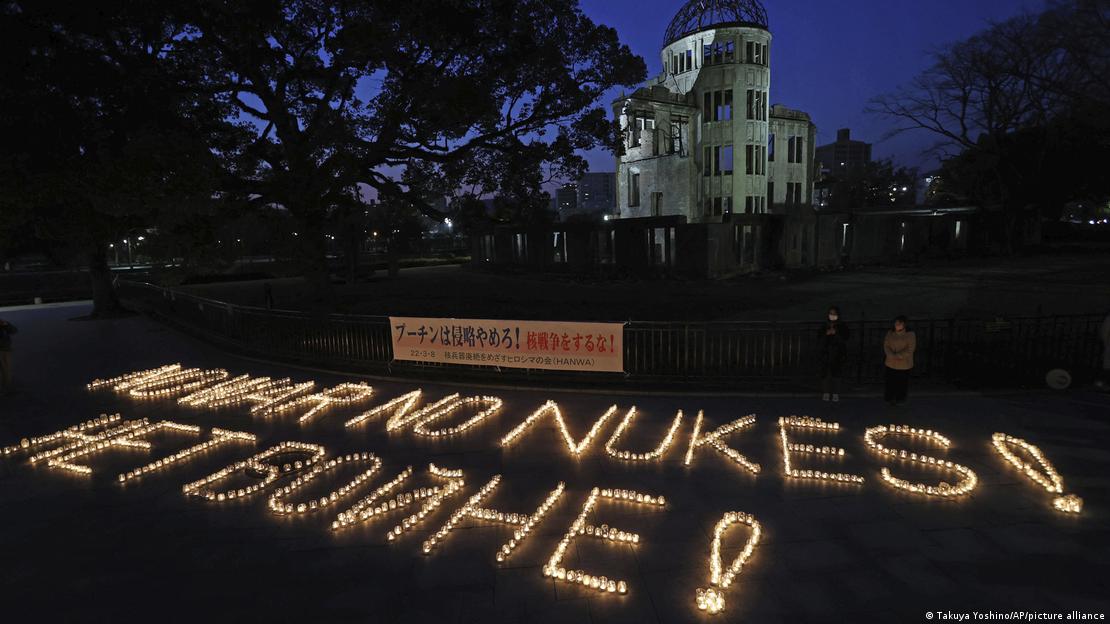 "No War, No Nukes!" in string lights in front of a Hiroshima memorialImage: Takuya Yoshino/AP/picture alliance

There are, however, attempts to simulate what nuclear fallout would look like after a contemporary bombing.

Alex Wellerstein, a historian of science and nuclear weapons at the Stevens Institute of Technology in New Jersey created a website called NUKEMAP to do just that. It compares the fallout from bombs detonated in the sky with those detonated on the ground.

Then, a study published in the journal Nature in August offered some projections of what would happen to the environment, population and global food supply if Russia and the US waged a weeklong nuclear war using strategic nuclear weapons.

The authors of the study estimated that there would be 360 million immediate fatalities from the use of the weapons themselves, and over five billion people would be left without food for two years after such a nuclear war — that is around 60% of the world's population. The disruption to the food supply would be caused by massive amounts of soot emitted by fires ignited by explosions.

Researchers also attempted to model what destruction would look like in other scenarios. For example, a weeklong nuclear war in 2025 between India and Pakistan. The South Asian neighbors own far fewer nuclear weapons than the US and Russia, but the authors still predicted around 164 million fatalities and over 2.5 billion people without food for two years after such a war.

Alan Robock, a professor of environmental sciences at Rutgers University in the US, was one of the authors of the Nature study.

Robock said the paper made predictions based on the impact of strategic weapons, "which simply means those that came from a long way away.”

"Any use of nuclear weapons can escalate into a full nuclear war between NATO and Russia, and would produce a nuclear winter," Robock told DW. "Almost all war games played with military officers result in this once nuclear weapons are used. There is not much chance that a nuclear war can be stopped once started.  Panic, fear, miscommunication, and bad information would result in commanders using the weapons they have."