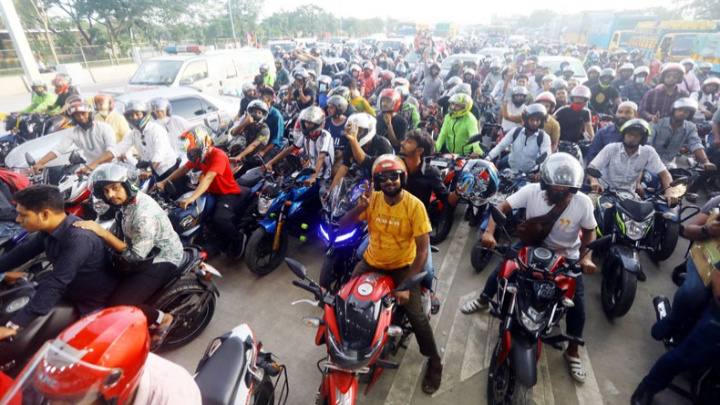 Hundreds of motorcyclists blocked the tolls plaza of Padma Bridge at the Zajira point on Monday.

They took position near a toll plaza at around 1:50pm, and blocked the road as they were not being allowed to cross the bridge.

The incident caused a traffic jam in that area.

Later, after 20 minutes, Bangladesh Army members managed to remove the motorcycles from the spot.

The motorcyclists complained that as ferry services have been suspended, they cannot cross the Padma River.

“We can't take our motorcycle to Dhaka without a pickup van. That is why we have no choice but to close the road,” one of the agitators told.