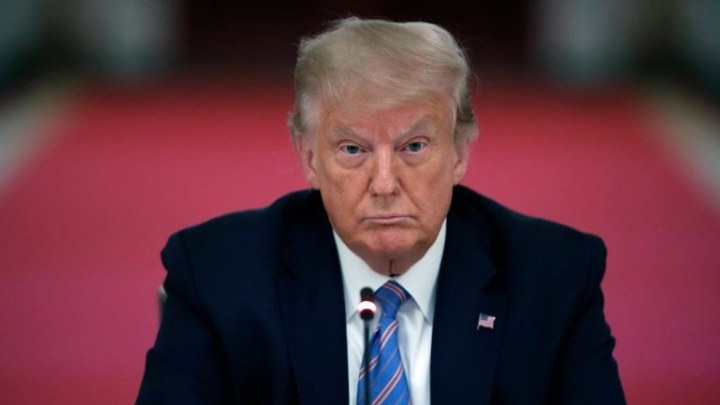 Former US president Donald Trump testified Wednesday in a defamation case pitting him against a prominent former American columnist who says he raped her in the 1990s.

Last week, a New York federal court judge rejected a motion by Trump, who has denied the accusation, to further delay his deposition.

The New York law firm representing Carroll said in a statement: "We're pleased that on behalf of our client... we were able to take Donald Trump's deposition today."

The firm, Kaplan Hecker & Fink, said it was "not able to comment further."

In ruling on the deposition last week, Judge Lewis Kaplan said that Carroll's and Trump's depositions should be held on October 14 and 19, respectively.

It is not known if Carroll testified last Friday.

It also was not immediately clear if Trump submitted the sworn deposition from his Mar-a-Lago residence in Florida.

Carroll on Tuesday shared a photo of her lawyer Roberta Kaplan on Twitter captioned "Carroll versus Trump," and wished Kaplan "GOOD LUCK FOR TOMORROW." She later deleted the tweet.

Kaplan, who is unrelated to the case's judge, is a co-founder of the Time's Up movement that provides legal aid to victims of sexual assault.

Carroll, a former columnist for Elle magazine, sued then-president Trump for defamation in a New York civil court in November 2019.

In an excerpt of her book published by New York Magazine that year, Carroll said she was raped by Trump in the changing room at the luxury Bergdorf Goodman department store on Fifth Avenue in New York in the mid-1990s.

Trump denied the accusation, saying Carroll was "not my type" and that she was "totally lying," which prompted the defamation suit.

The case has been delayed by procedural battles, including whether Trump should be represented by the US government, since he was president at the time he made the statements.

According to several media outlets on Tuesday, Trump's lawyers have always claimed their client was protected by his executive immunity, particularly for allegedly defamatory statements he made during his term.

According to legal experts cited in a Vice News report, Carroll could argue that Trump defamed her again -- this time as a private citizen.

Judge Kaplan said last week that Carroll could claim damages from Trump for the alleged rape starting from November 24, after a New York state law comes into effect that allows survivors of sexual assault to file a civil suit regardless of the statute of limitations.