More rains are likely to drench Bangladesh in next 24 hours 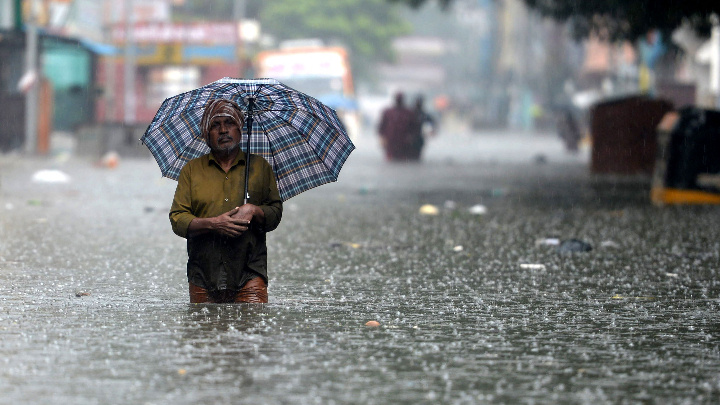 More rains are likely to drench Bangladesh in the next 24 hours, with the monsoon being fairly active over the country and moderate over the North Bay, Bangladesh Meteorological Department (BMD) said.

Day and night temperatures may remain nearly unchanged over the country.

The Met Office recorded the highest 103 mm rainfall in Tetulia of Rangpur in 24 hours till 6am Monday.

Meanwhile, the flood situation in the northern region and low-lying areas of the central region may improve, but it may continue for more days due to heavy rainfall at the end of June or the first week of July, according to Bangladesh Weather Observatory Team (BWOT), an independent weather research group.

The flood situation is unlikely to worsen further as the rainfall may not continue for a longer period, it added.

Besides, the water levels of the major rivers in the country are falling, said the Flood Forecasting and Warning Centre of the Bangladesh Water Development Board (BWDB) in their latest bulletin.