Bigg Boss 16: Sherlyn Chopra says Sajid Khan flashed ‘his private part’ at her; requests Salman Khan to be her ‘Bhaijaan’ and help them 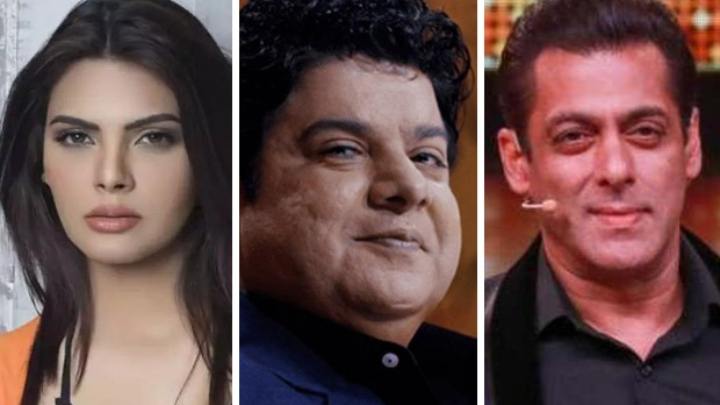 While the Bigg Boss 16 house is seeing several controversies as contestants are having constant fallouts and arguments in the week, Sajid Khan is laying low. The filmmaker faced severe sexual harassment allegations, followed by which, he was banned from working in the entertainment industry. While the ban was lifted in 2019, Bigg Boss saw the comedian return to the limelight with the reality show. However, his entry has sparked more controversies as his alleged victims are now demanding his removal from the show. Recent one to join the debate is Sherlyn Chopra, who has also requested host Salman Khan to take a stand.

On her social media, Sherlyn Chopra has also shared a video of her and her lawyer signing official papers, as they are planning on sending a legal notice to Bigg Boss 16 demanding the exit of Sajid Khan. She had earlier also taken to Twitter to speak about one of the most harrowing experiences she had, elaborating on the Me Too movement. In the post she also requested host Salman Khan to give his opinion regarding the matter. She said, “He had flashed his private part at me & asked me to rate it on a scale of 0 to 10. I’d like to enter into the house of Big Boss & give him the rating! Let ???? watch how a survivor deals with her molester!” Pls take a stand! @BeingSalmanKhan”

She further also went on to add in another post saying, “(Transl) If It was Salman Sir's close female friend or relative who would have had to face what we all did with Sajid Khan, his disgusting action, would Salman Sir not take any action against Sajid? Salman Sir can you be the 'Bhaijaan' aka Brother of the female victims?”

In the past many actresses including Mandana Karimi spoke about Sajid Khan had misbehaved with them on several occasions. While DCW too demanded to take action against the filmmaker, FWICE sent out a letter, a day ago, in response to this demand asserting that he has served his punishment. They also requested the I&B Ministry to allow him to continue in Bigg Boss 16 claiming that it is his right to livelihood.