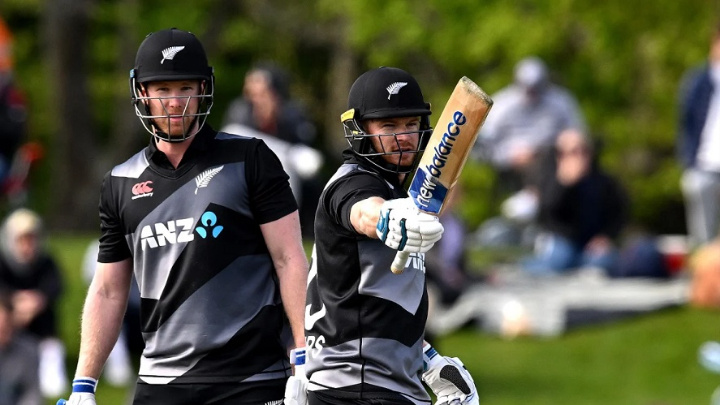 On Wednesday in Christchurch, New Zealand defeated Bangladesh by a score of 208 for 5, winning their third match of the ongoing Tri-Series.

This is now the fifth-highest T20I total by any team against Bangladesh. The highest, 210 for three, was also notched up by the Blackcaps in 2021.

Bangladesh won the toss in this match and sent New Zealand to bat first, but the Bangladeshi bowlers failed to justify the decision.

New Zealand made an outstanding opening stand of 45 runs in just 4.2 overs, shared between Finn Allen and Devon Conway.

Shoriful Islam sent Allen back for 32 off just 19 balls, but Conway was firm in the middle. He made 64 off 40 balls with five fours and three sixes. Glenn Phillips surpassed Conway, hitting 60 off just 24 balls with two fours and five sixes.

Mohammad Saifuddin and Ebadot Hossain, who were playing their first match in this event, took two wickets each but their efforts were not enough to strict New Zealand to a lower total.

Shorfiul conceded 41 runs to take just one wicket while Shakib Al Hasan, the Bangladesh captain, conceded 40 runs in four overs but failed to grab any wicket.