Dhaka is very concerned about the situation in Myanmar: Momen 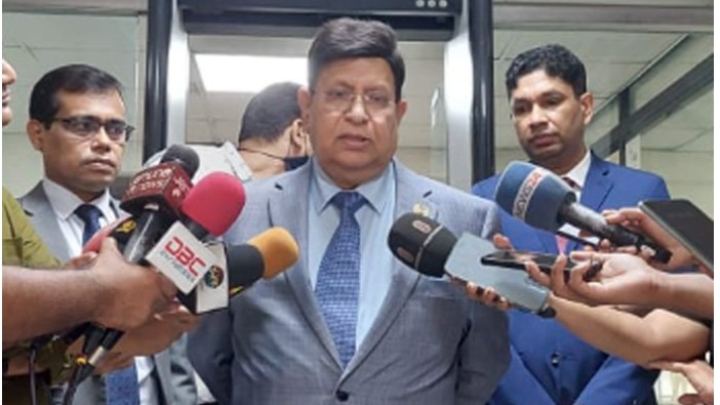 As violence between several armed factions in the neighboring country of Myanmar escalates, Bangladesh's Foreign Minister Dr. AK Abdul Momen stated today that Dhaka is very concerned about the situation there and the Rohingya crisis.

"Intense conflict is being taken place inside Myanmar ... we are much anxious regarding Myanmar and Rohingyas," he told reporters at foreign ministry here.

He said it is unfortunate that Bangladesh citizens along the Bangladesh-Myanmar border have been passing days with fear due to conflict in other side of the frontier.

"We have been telling the Myanmar (junta government) again and again not to violate laws (international border rules)," he said, adding that the Myanmar government ensured Dhaka every occasion that they will not repeat such kind of border violation acts.

The foreign minister said Bangladesh doesn't want to take any kind of move that put the entire country in terrible situation. "We have been maintaining a balanced foreign policy," he added.

Dr Momen firmly denied any presence of the Arakan Rohingya Salvation Army (ARSA) in Bangladesh's territory and said: "we don't indulge any foreign element (inside Bangladesh)".

Responding to a query regarding Chinese mediating role between Bangladesh and Myanmar, Momen said he believes Beijing conveyed Bangladesh's concern to Naypyidaw and requested the Myanmar junta government not to violate international rules along with Bangladesh border.

Replying to another query regarding recent incident of border killing along Bangladesh-India frontier, the minister said it is very unfortunate that still people get killed on the border at regular intervals.

He said such tragic incidents take place along the border though at the highest level it was discussed that Dhaka and New Delhi want no casualties.

"I said before ... it (border killing) is sad for us and shameful for India," he said.

The foreign minister said it is unfortunate that a responsible and large democratic country like India cannot control their forces regarding the border killing.