The attacker also played a prominent role in the Argentina National Team, where he played for nine years (2009-2018) and scored 31 goals in 75 games.

Gonzalo Higuain announces his retirement at the end of this season 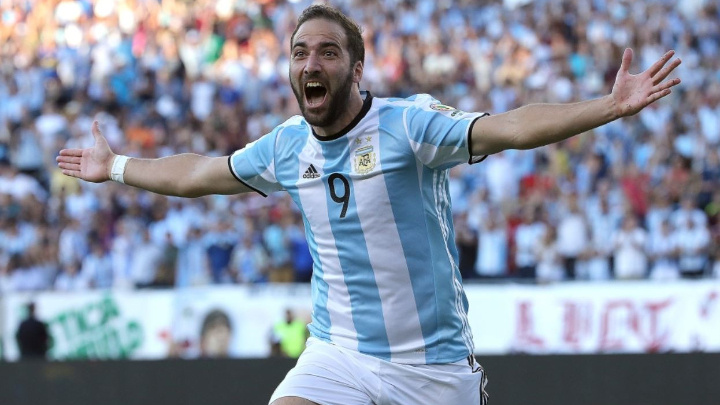 Gonzalo Higuain is hanging up his boots. Inter Miami's Argentine striker has announced that he is retiring as a footballer at the age of 34 and after playing three seasons in MLS, where he scored 27 goals in 65 games.

"The day has come to say goodbye to football, a profession that has given me so much and I feel privileged to have experienced it with its good and not so good moments," he said at the press conference.

Gonzalo Higuain started out in the River Plate youth academy before making the leap to Real Madrid in the 2006-07 winter transfer window.

Seven seasons later, and with three LaLiga titles, a Copa del Rey, and two Spanish Super Cups under his belt, he moved to Napoli, where he elevated his goalscoring figures to 36 goals in 35 games in 2015-16 and top scorer in Serie A.

Those 36 goals are also the record number of goals scored in a season in Serie A, only equaled years later by Ciro Immobile.

From there he went to Juventus where, after a great first season with 24 goals, his numbers eventually dropped and after being loaned to Milan and Chelsea, he left for MLS in 2020, joining Inter Miami.

The attacker also played a prominent role in the Argentina National Team, where he played for nine years (2009-2018) and scored 31 goals in 75 games.

However, many remember him for his miss in the 2014 World Cup final against Germany, which Argentina eventually lost.

In addition, Higuain was the Albiceleste's starting striker during their second-place finish in the 2014 World Cup in Brazil.