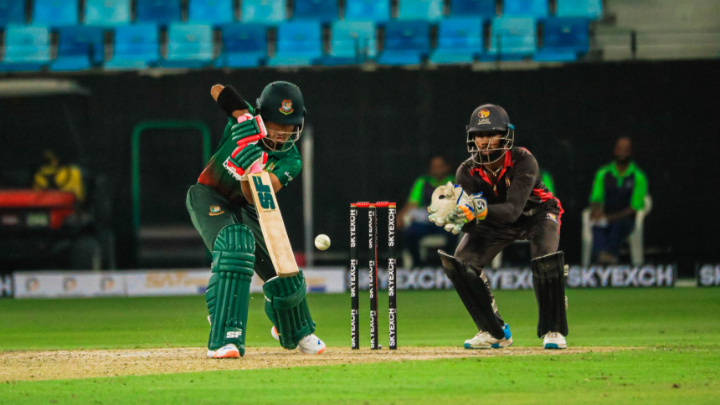 After struggling to secure a win in the first T20I on Sunday, Bangladesh put on a much more composed performance yesterday to seal the two-match series with a comprehensive 32-run victory in the final T20I against hosts UAE in Dubai.

Mehedi Hasan Miraz scored a team-high 37-ball 46 as Bangladesh posted a challenging 169 for five after being asked to bat. The Tigers then followed it up with some disciplined bowling, restricting the hosts to 137 for five to sweep the series, being played as a prelude to the upcoming T20 World Cup next month.

Bangladesh continued with their makeshift opening pair of Miraz and Sabbir Rahman, and the duo added 27 runs to give Bangladesh a decent start.

By The Daily Star