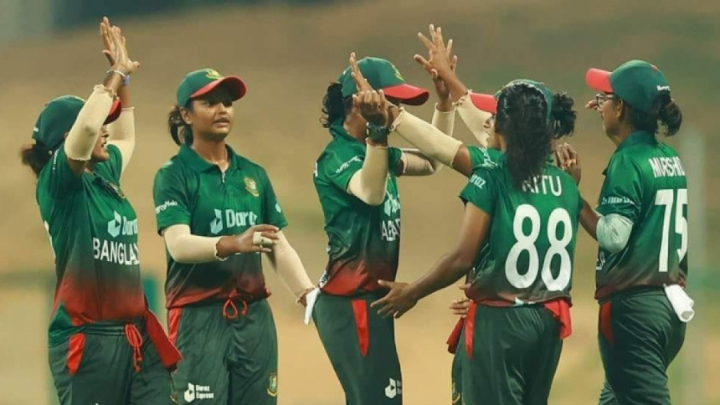 Bangladesh successfully defended a modest target of 121 runs and emerged as unbeaten champions in the ICC Women's T20 World Cup Qualifiers, beating Ireland by seven runs in the final at the Sheikh Zayed Stadium in Abu Dhabi on Sunday.

Irish all-rounder Arlene Kelly threatened to take the game away from the Tigresses with an unbeaten 24-ball 28 run knock but Nigar Sultana's troops managed to hold their nerves and eventually restricted Ireland to 113 for 9 after 20 overs.

Defending a small total, Bangladesh got off to a flying start as spinners Sanjida Akter and Nahida Akter got early breakthroughs.

Rumana got the crucial wickets of Eimear Richardson (18 off 15) and skipper Laura Delany (12 off 22) in the middle as Ireland were reeling at 58 for seven in 12.3 overs. Rumana ended with figures of three for 24 in four overs.

Earlier, Fargana Hoque hit her third WT20I fifty, and Rumana played a 20-ball 21-run knock to help Bangladesh post a modest total of 120 for 8 in 20 overs.