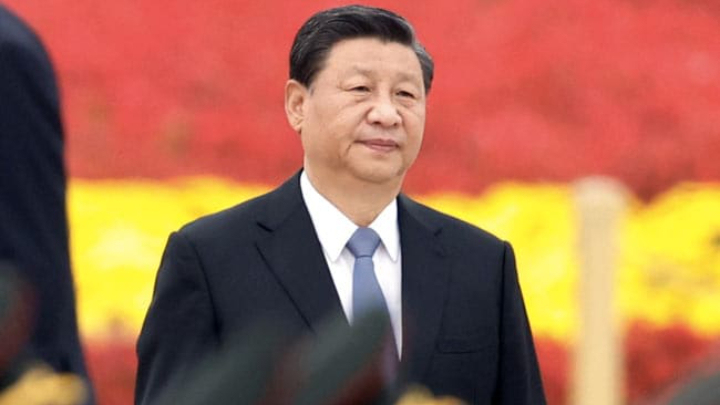 Neither the country's ruling Chinese Communist Party nor the state media have given an official confirmation yet.

Xi Jinping recently attended the Shanghai Cooperation Organisation (SCO) Summit in Uzbekistan, where he held talks with several other heads of state. He also came face-to-face with Prime Minister Narendra Modi for the first time since border clashes in 2020 frayed ties between India and China.

Several Twitter users today posted about Xi's alleged house arrest. Some even claimed that this was a military coup and that PLA vehicles that already started moving towards the capital Beijing.

“#PLA military vehicles heading to #Beijing on Sep 22. Starting from Huanlai County near Beijing & ending in Zhangjiakou City, Hebei Province, entire procession as long as 80 KM. Meanwhile, rumor has it that #XiJinping was under arrest after #CCP seniors removed him as head of PLA (sic),” tweeted one Jennifer Zeng.

"This video of military vehicles moving to Beijing comes immediately after the grounding of 59 per cent of the flights in the country and the jailings of senior officials. There's a lot of smoke, which means there is a fire somewhere inside the CCP. China is unstable," said author Gordon G Chang.

On Twitter, there are also unverified reports about no commercial flights flying over Beijing today.

Some China experts claim that there is no sign of a coup yet beyond the commentary on social media.

Aadil Brar, an expert on China, said that Xi Jinping could be in quarantine after his return from Uzbekistan, which would explain his absence from public affairs.

The speculation about Xi Jinping's house arrest comes after China sentenced two former ministers to death earlier this week. The two ministers and four other officials, who were sentenced to life, are reportedly part of a 'political faction'.

The spate of high-profile sentences are a part of China's anti-corruption campaign ahead of a political meeting next month where President Xi Jinping is expected to secure an unprecedented third term.