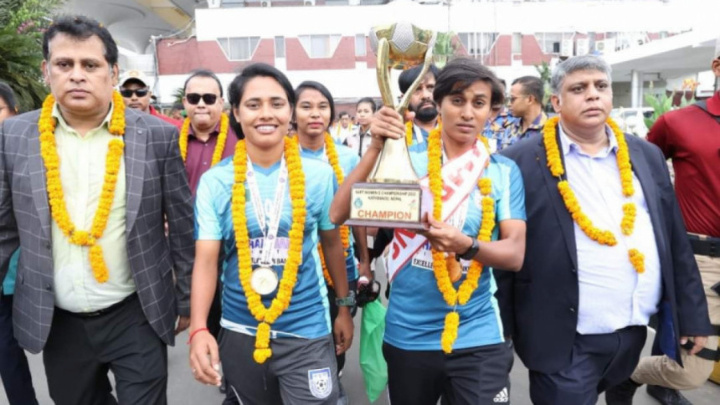 Protocol representatives of Bangladesh Football Federation (BFF) and two officials of Bangladesh team had received the of SAFF champions' luggage in a completely intact and locked condition from Biman Bangladesh Airlines before leaving the Dhaka airport.

The authorities of Hazrat Shahjalal International Airport said this in a press release signed by Group Captain Kamrul Islam, executive director of the airport, today (September 22, 2022).

Bangladesh women's football team, which won the SAFF Women's Football Championship-2022, landed in Dhaka from Kathmandu at 1:42pm on September 21, 2012.

Later, BFF's protocol representative Imran, media and social media reported that dollars were missing from the bag of the two female members of the football team, said the press release.

On the basis of the complaint, the authorities of HSIA have examined and analysed the CCTV footage and confirmed that the allegations brought against the airport authorities were not proved, said the release.