Sarah Michelle Gellar, star of Buffy, makes a comeback in high school drama with Do Revenge 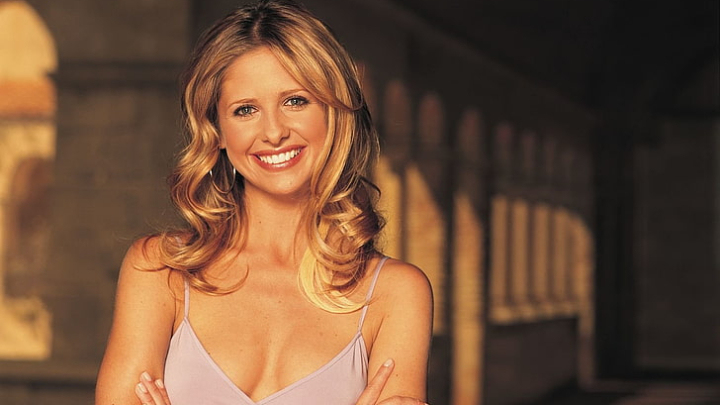 Sarah Michelle Gellar was jet-lagged from her commute.

She had just flown back to Los Angeles from a few days filming the forthcoming Teen Wolf (2011 to 2017) spin-off series in Atlanta.

Her decision to join Wolf Pack, as both a star and executive producer, partly depended on the freedom to stay based in LA with her family and commute to the set, packing only a carry-on for each East Coast stint. She is married to actor Freddie Prinze Jr, 46, and they have two children aged 13 and 10.

After an extended hiatus from acting, the American actress, now 45, is in the budding phase of what she considers her "adult career". And this time around, Gellar is working on her own terms.

"I think I've earned it in a very honest way," she said in a recent video call. "I come with 40 years of experience. Some good, some bad, some in between."

First up: a small role in the high school dark comedy film Do Revenge, which is now showing on Netflix and directed by Jennifer Kaytin Robinson. In it, a dethroned queen bee (Camila Mendes) at a posh private high school strikes a secret deal with an unassuming new student (Maya Hawke) to exact revenge on each other's enemies.

More than 20 years after Gellar played the crucifix-carrying, cocaine-snorting Kathryn Merteuil in Cruel Intentions (1999) – based on the Marquise Isabelle de Merteuil in the 1782 novel Les Liaisons dangereuses – she is once again surrounded by scheming teens on screen. Only now, she is their advice-giving headmaster.

Gellar began acting as a child in the 1980s before eventually becoming one of the biggest names in Y2K-era young Hollywood, thanks to roles in cult classics like Cruel Intentions and I Know What You Did Last Summer (1997), and the television series Buffy The Vampire Slayer (1997 to 2003).