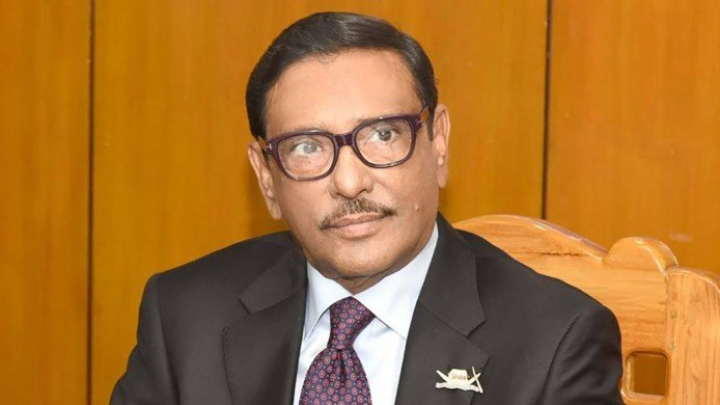 The Lalbagh Thana unit of Awami League arranged the conference at Lalbagh’s Nababganj Park in the capital.

“If you (BNP men) want to wage movement, you can do so on the city streets peacefully. Do not create anarchy in the name of movement. The city streets are not given lease to any party,” he said.

The AL general secretary warned if the BNP men want to create anarchy in the name of movement, the AL leaders and activists will not remain idle.

He said the BNP hired some people to wage a movement but they no will longer stay on the streets.

There was a hotchpotch situation of 20-party alliance during the last general elections and now the BNP leaders are uttering hollow words, he added.

Quader said the conspirators do not know that Prime Minister Sheikh Hasina, like Bangabandhu, does not know how to retreat and she is never afraid of them.

If Sheikh Hasina does not remain in power, Bangladesh will no longer exist, he added.

The plotters do not know that if Prime Minister Sheikh Hasina loses, Bangladesh, its independence and the spirit of Liberation War will lose, the minister said.

Asking the AL men not to breach the party’s discipline, he warned that Sheikh Hasina would not spare those who will create chaos.

“You cannot become a leader by shouting slogans, creating chaos and showing strength. Whoever is popular in his or her locality will be a leader,” Quader said.