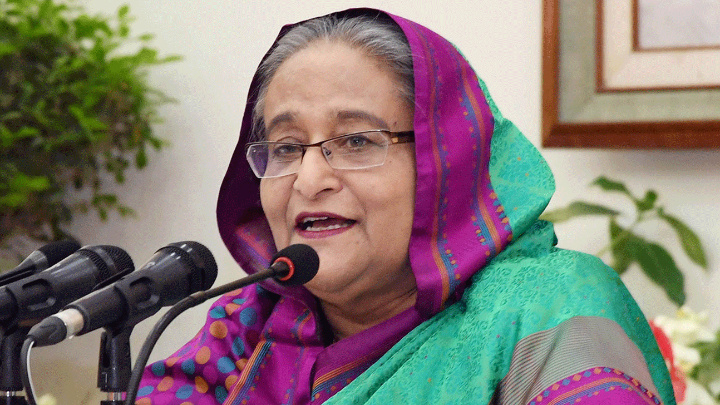 "We have to move forward, keeping pace with the ever-evolving technology and science," she told winners of the countrywide 'Bangabandhu Innovative Talent Hunt 2022' competition, at a function held at International Mother Language Institute in Dhaka.

The premier joined the programme virtually from her official residence Gono Bhaban.

She mentioned that the government has given immense importance to research on science, health, livestock, agriculture and other fields.

She asked the youths to devote themselves to building the country as a developed and prosperous "Shonar Bangla".

PM Hasina called for recognising talented youths of the country, to utilise their talents and creativity in the development of the country.

She mentioned that children of the country are the most brilliant students in the world.

Following the footprint of Bangabandhu, her government also put the highest importance to education as it is a must in building a poverty- and hunger-free country, she said.

On behalf of the prime minister, Education Minister Dipu Moni handed over awards among the 15 winners at national and divisional levels.

Two award winners spoke at the function sharing their feelings.

A documentary on the talent hunt was screened at the programme.